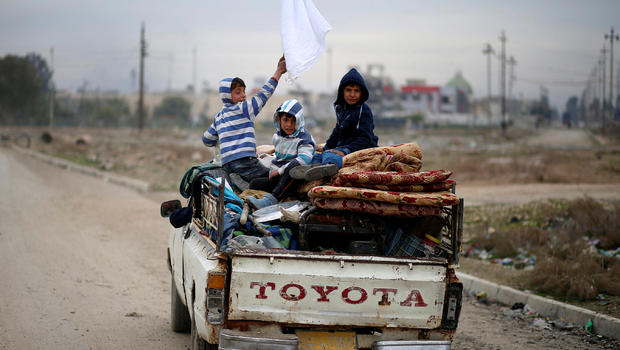 President Donald Trump has often talked about working closer with Russia in the fight against ISIS. But with his administration increasingly embroiled in questions about his advisors’ closeness with Moscow, an anti-ISIS alliance looks increasingly unlikely.

“I say it’s better to get along with Russia then not. And if Russia helps us in the fight against ISIS, which is a major fight, and Islamic terrorism all over the world, major fight, that’s a good thing,” Mr. Trump said in an interview with Fox News in early February.

He also hinted at common cause with Russia in his inaugural address, saying that the U.S. should “reinforce old alliances and form new ones” in the same line that he called for uniting the world against radical Islamic terrorism.

“As I made clear in my Senate confirmation hearing, the United States will consider working with Russia where we can find areas of practical cooperation that will benefit the American people,” Tillerson said at the time.

Yet these comments have not yet morphed into a plan that would merge the former Cold War enemies in any kind of joint anti-terror policy — and insiders say that a closer relationship is not the direction that policy is moving. In fact, the possibility of a U.S.-Russian alliance in Syria is drifting further and further away.

The preliminary plan for combating ISIS, which White House officials reviewed last week, did not include a directive to collaborate with Russia. Rather, it laid out a plan to provide more for the U.S.’s unilateral engagement in Iraq and Syria. The general idea is to speed up the fight and to prevent future terror groups from strengthening.