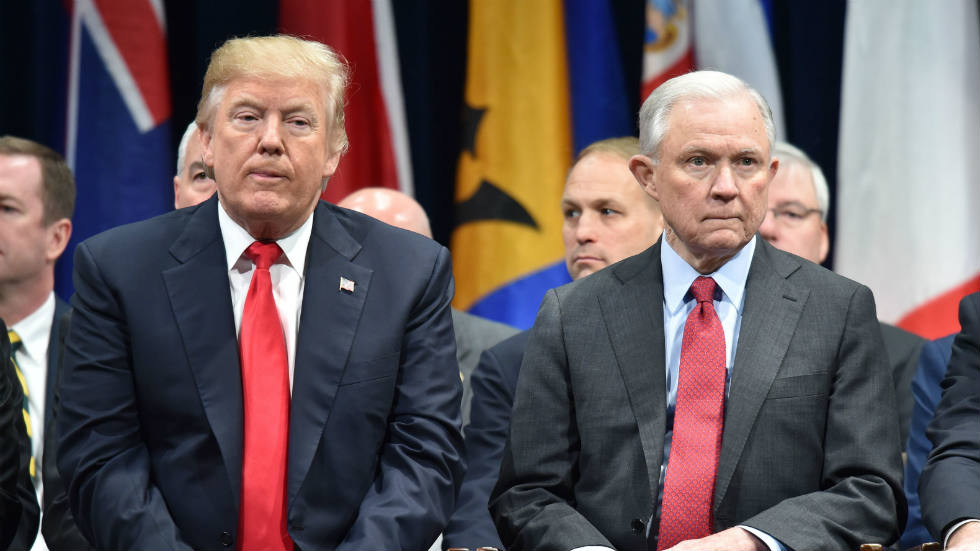 President Trump ratcheted up his attacks on Attorney General Jeff Sessions on Saturday, tweeting that Sessions was “scared stiff” and “Missing in Action” in defending him amid special counsel Robert Mueller’s probe into possible ties between the Trump campaign and Russia.

Trump slammed Christopher Steele, the former British intelligence officer at the center of the Trump dossier scandal, and the Department of Justice (DOJ) and once again slammed Mueller’s investigation as a “witch hunt.”