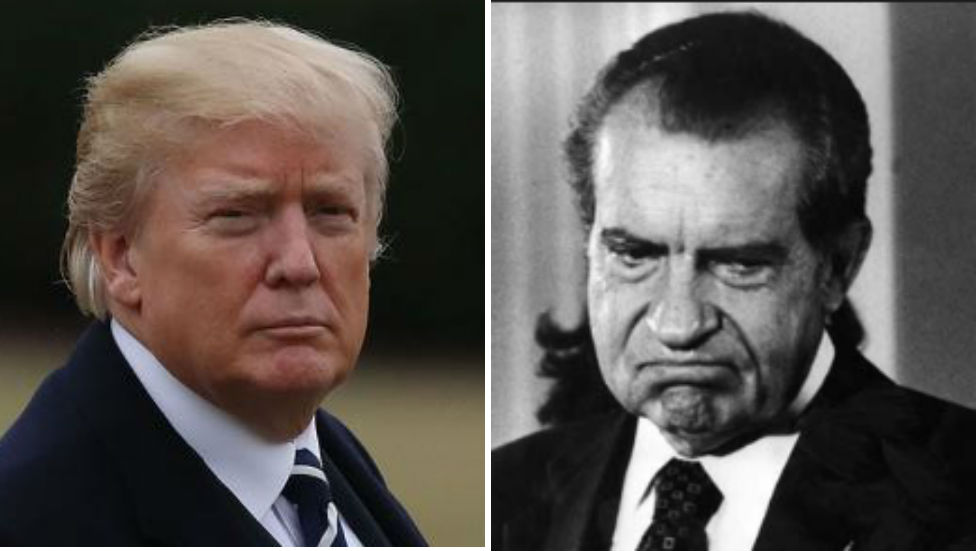 A new poll has found that President Trump is as strongly disliked by the American public as former President Nixon was shortly before he resigned from office.