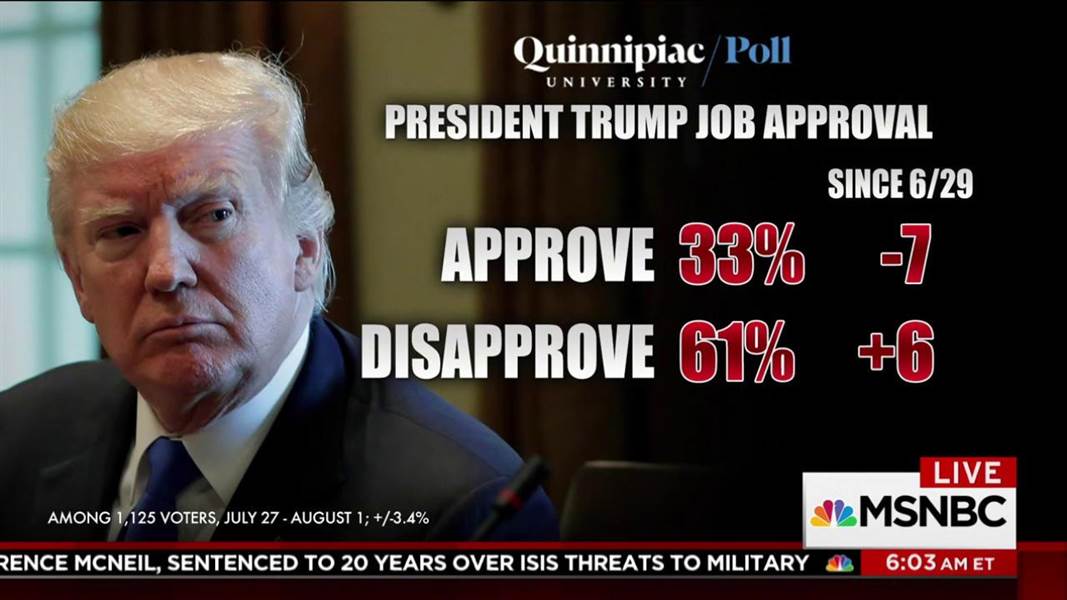 The poll found 61 percent of those surveyed disapprove of the job Trump is doing, while 33 percent approve. The president’s disapproval jumped six points since Quinnipiac’s last poll on June 29.

Trump’s disapproval rating has been on the rise since taking office in January, when 44 percent said they disapprove of the newly inaugurated leader. But his administration has been largely engulfed in chaos, high-profile departures, and the continuing investigations into Russia’s possible link to his presidential campaign.

Fifty-seven percent of respondents said they think Trump is abusing the office of the presidency and 60 percent say they believe Trump thinks he is above the law. A whopping 71 percent also said he is not level-headed, the poll found.