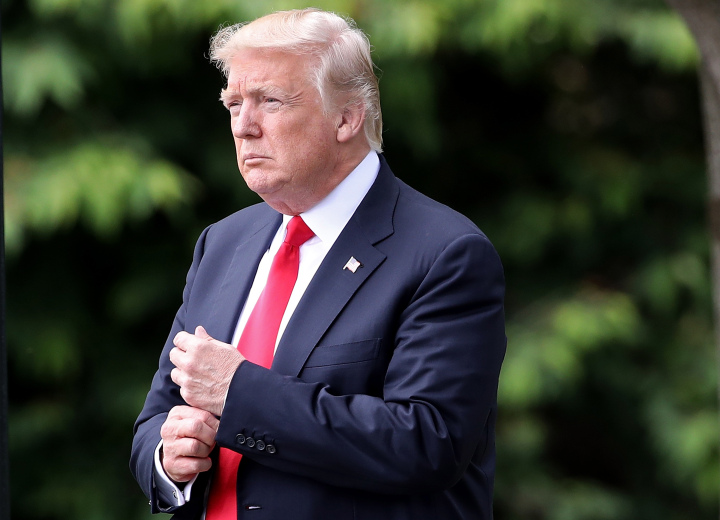 President Donald Trump’s approval rating has sunk to a new low at 34%, according to a recent poll.

According to a poll by Quinnipiac University, 34% of voters approve of Trump, while 57% disapprove, a dip from the university’s previous survey on May 24, which found that the President had a 37% approval rating. The latest poll results are Trump’s lowest scores so far — in April, he hovered around 35% approval, according to Quinnipiac.

The poll found that 31% of voters think Trump did something illegal in his relationship with Russia, while 29% say that the president did something unethical, not illegal. About 32% of voters think Trump did nothing wrong. A majority of voters see Trump’s general relationship with Russia as concerning — 68% said they are “very concerned” or “somewhat concerned,” while 54% said he is too friendly with the country.

Quinnipiac University polled 1,361 voters from May 31 to June 6. The poll has a margin of error of plus or minus 3.2 percentage points.