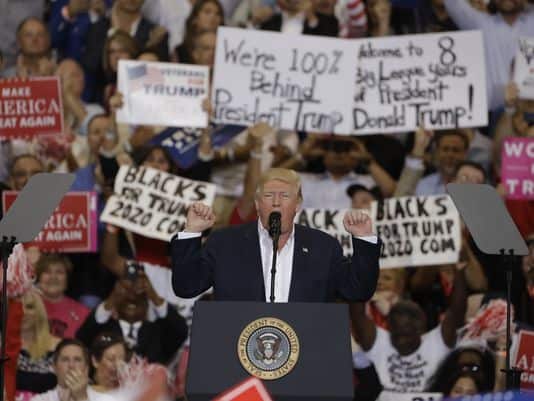 WASHINGTON — One month after his inauguration, President Trump has seen his approval ratings sag and the political divisions of his election deepen.

Trump retains overwhelming support among Republicans. In the latest Pew Research Center poll, 84% of Republicans said they approved of the job Trump was doing as president, comparable to the ratings other newly elected presidents have gotten at this point among their own partisans.

Unlike other new presidents, however, Trump hasn’t expanded his appeal to include those who didn’t help elect him. Just 8% of Democrats approve of the job he’s doing, by far the lowest standing for any modern president from the opposition party.

The Gallup Poll, which has been measuring newly elected presidents’ standings since Dwight Eisenhower, shows Trump in an historically weak position. His approval-disapproval rating was 42%-53% in the rolling three-day average posted Monday, up from a low of 38% last week. When he was sworn in last month, he was the first modern president to begin his term with less than majority approval, at 45%.