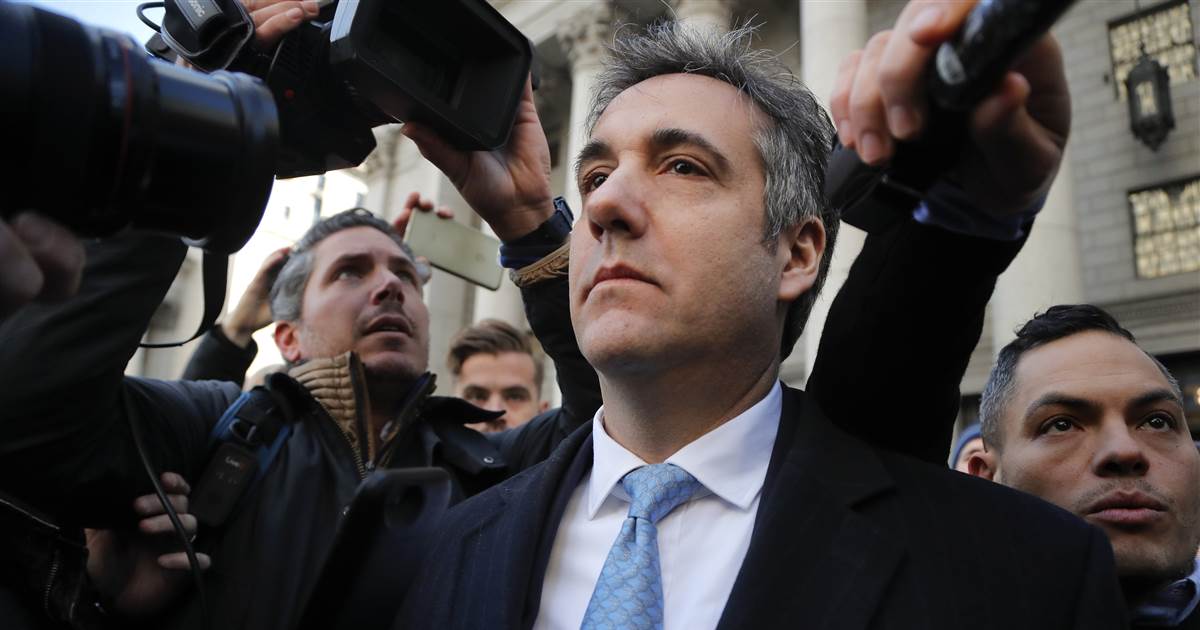 President Donald Trump said Monday that he didn’t think a federal judge should afford his former longtime attorney Michael Cohen any leniency, saying that Cohen should serve a “full and complete” prison sentence.

The president tweeted his thoughts in response to reports that Cohen was hoping to avoid any time behind bars after pleading guilty in federal court last week to a new charge brought by special counsel Robert Mueller.

On Thursday, Cohen pleaded guilty to a single count of making false statements to Congress about a project to build a Trump Tower in Moscow, marking the first time that Trump and his private business dealings were named in open court as part of Mueller’s investigation into Russia’s ties to the Trump campaign.