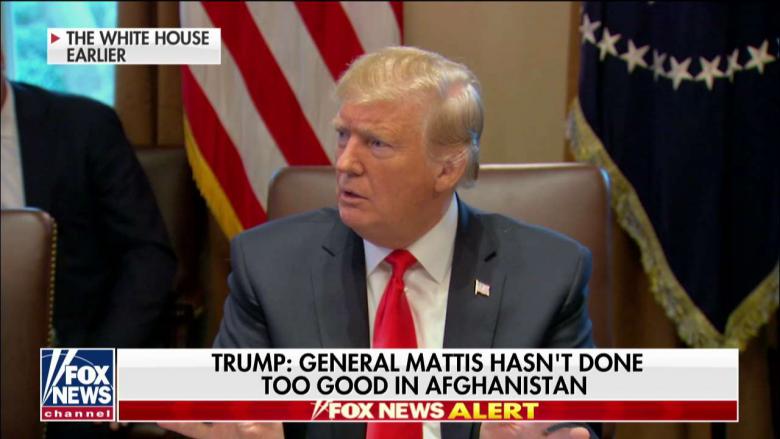 Mattis, a retired four-star Marine general, announced his resignation last month after Trump called for the withdrawal of all U.S. troops from Syria and approximately half the American troops deployed to Afghanistan.

Mattis was originally going to serve until the end of February, but Trump announced his defense secretary would be out at the start of the new year, with Deputy Secretary of Defense Patrick Shanahan assuming the title of Acting Secretary of Defense.

“I gave our generals all the money they wanted. They didn’t do such a great job in Afghanistan,” Trump said, later claiming U.S. generals did not want to allow Taliban and ISIS to fight against each other in Afghanistan.

He noted that former President Obama fired Mattis as head of Central Command in 2013, claiming that he “essentially” did the same.