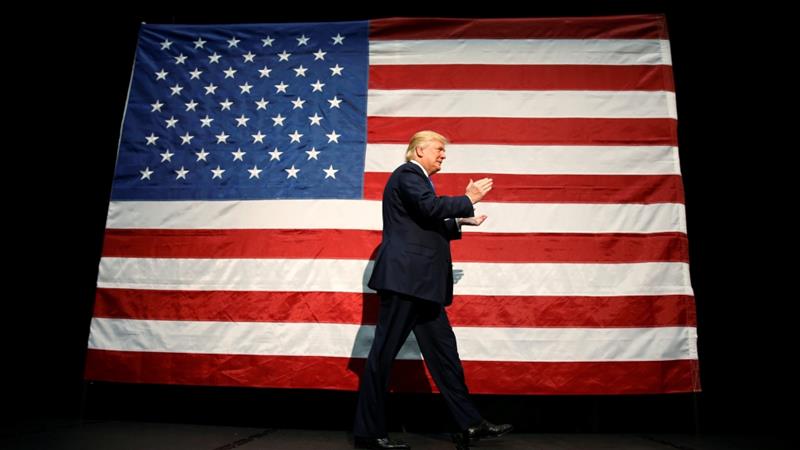 US President Donald Trump has ratcheted up his verbal assault on the media, describing it as “the enemy of the American people” in a tweet.

Shortly after landing at his holiday home in Florida – where he is spending a third consecutive weekend – the president lashed out at several news organisations.

“The FAKE NEWS media (failing @nytimes, @NBCNews, @ABC, @CBS, @CNN) is not my enemy, it is the enemy of the American People!” he wrote on Friday.

Trump had posted an earlier tweet that took aim at the New York Times, CNN, NBC “and many more” media organisations – and ended it with the exclamation “SICK!”

But he swiftly deleted that before tweeting the final version, adding two more “enemies” to his list.

Many US presidents have criticised the press in the past, but political analysts say Trump’s language has more closely echoed that of authoritarian leaders.

Trump, who regularly accuses the media of overstating his problems, has also accused journalists of failing to show sufficient respect for his accomplishments – including in their coverage of a long-winded press conference on Thursday in which he voiced a litany of grievances against the industry.