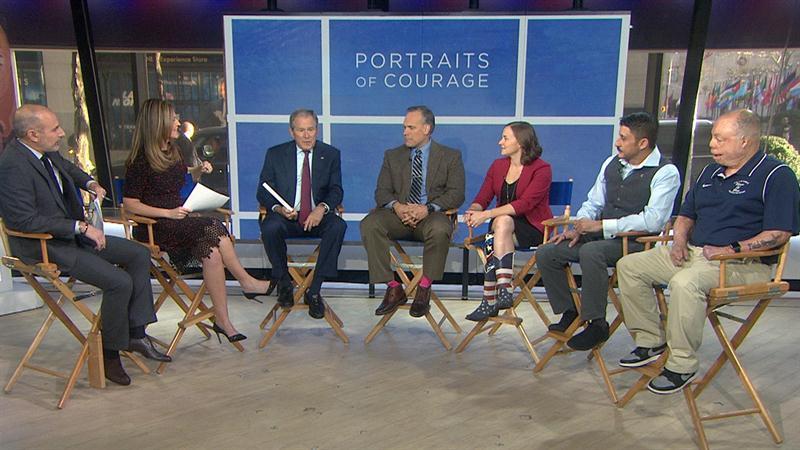 In his first in-depth interview since Donald Trump’s inauguration, former President George W. Bush gave his take on the current commander in chief’s first month in office, addressing Trump’s attack on the media, his controversial immigration policy, and the Russian hacking scandal.

Early on in the exclusive sit-down, the former president expressed a clear-eyed support for the news media, saying a free press was “indispensable to democracy.”

“Power can be very addictive and it can be corrosive, and it’s important for the media to call to account people who abuse their power.”

Bush was asked about the media’s role in light of President Donald Trump’s recent characterization of the media as “enemies of America.” He noted he spent a lot of time during his two terms trying to convince Russian President Vladimir Putin to embrace an independent press.

“It’s kind of hard to tell others to have an independent free press when we’re not willing to have one ourselves,” he said.