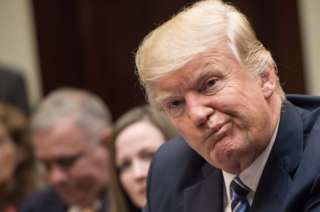 And in an unexpected twist, he wants the White House press corps to decide where it should go.

Before taking office, Mr Trump told CBS’s 60 Minutes that he would not claim his presidential salary.

It was confirmed that it would be donated after multiple media outlets asked if he was keeping that pledge.

White House Press Secretary Sean Spicer told a press briefing: “The President’s intention right now is to donate his salary at the end of the year, and he has kindly asked that you all determine where that goes.”

Mr Spicer joked that letting the media choose a beneficiary would be “a way to avoid scrutiny”.

“In all seriousness, I think his view is he made a pledge to the American people he wants to donate it to charity and he’d love your help to determine where it should go,” Mr Spicer told the press.

The president’s salary has been fixed at $400,000 a year since 2001. Mr Trump had previously said he would take only $1 a year, because the president is required by law to receive a salary.