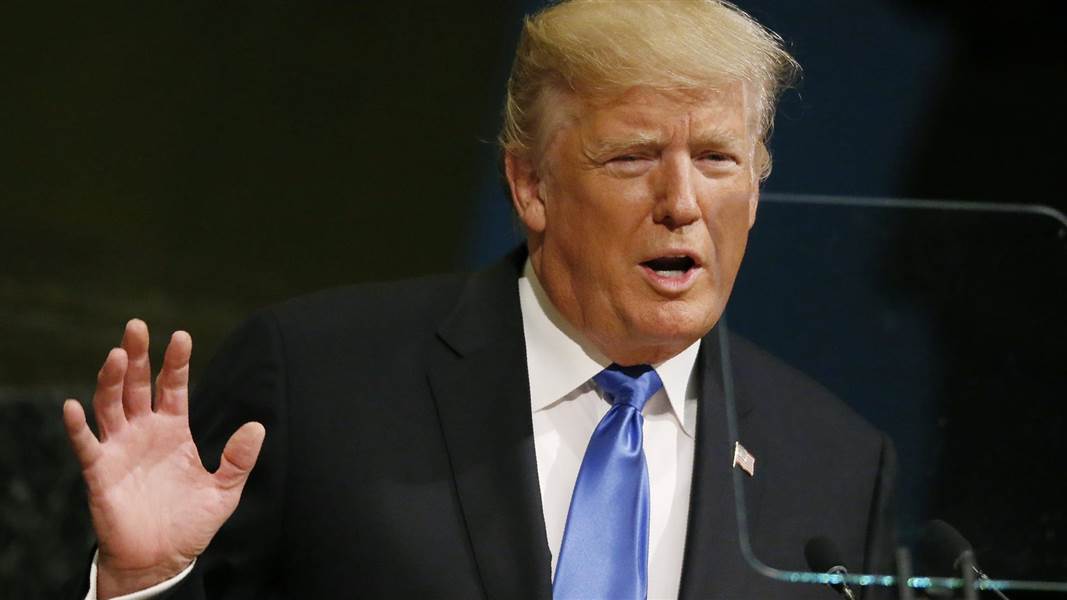 UNITED NATIONS — President Donald Trump, in his first address to the United Nations, derided Kim Jong Un, North Korea’s leader, as a “rocket man” on Tuesday as the president warned that he may be forced to “totally destroy” the rogue nation.

“If the righteous many do not confront the wicked few, then evil will triumph,” Trump said, as he detailed the horrors of what he called the “depraved” North Korean regime.

“Rocket man is on a suicide mission,” he said, using a nickname for Kim that refers to the North Korean leader’s recent missile tests.

“The United States has great strength and patience, but if it is forced to defend itself or its allies, we will have no choice but to totally destroy North Korea.”

The North Korean ambassador to the U.N. walked out before Trump’s speech started.