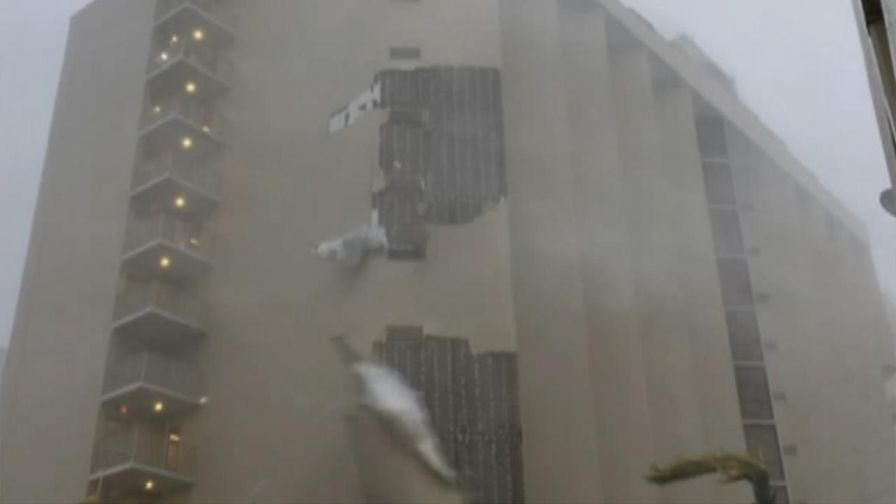 Hurricane Maria, considered to be the strongest storm to slam Puerto Rico in more than 80 years, has destroyed hundreds of homes and knocked out power to nearly the entire island of 3.4 million people.

When the storm made landfall in the U.S. territory early Wednesday as a Category 4 storm with 145-mph winds, it brought down cell towers and power lines, and ripped roofs straight off of homes.

The massive power outage came after Hurricane Irma tore through the island weeks ago — leaving more than 1 million people without electricity. As of Maria’s arrival, more than 70,000 residents still had no electricity.

Felix Delgado, mayor of the northern coastal town of Catano, said 80 percent of the 454 homes in his neighborhood were destroyed.

Puerto Rico Gov. Ricardo Rossello urged people to have faith: “We are stronger than any hurricane. Together, we will rebuild.” He later asked President Donald Trump to declare the island a disaster zone, a step that would open the way to federal aid.