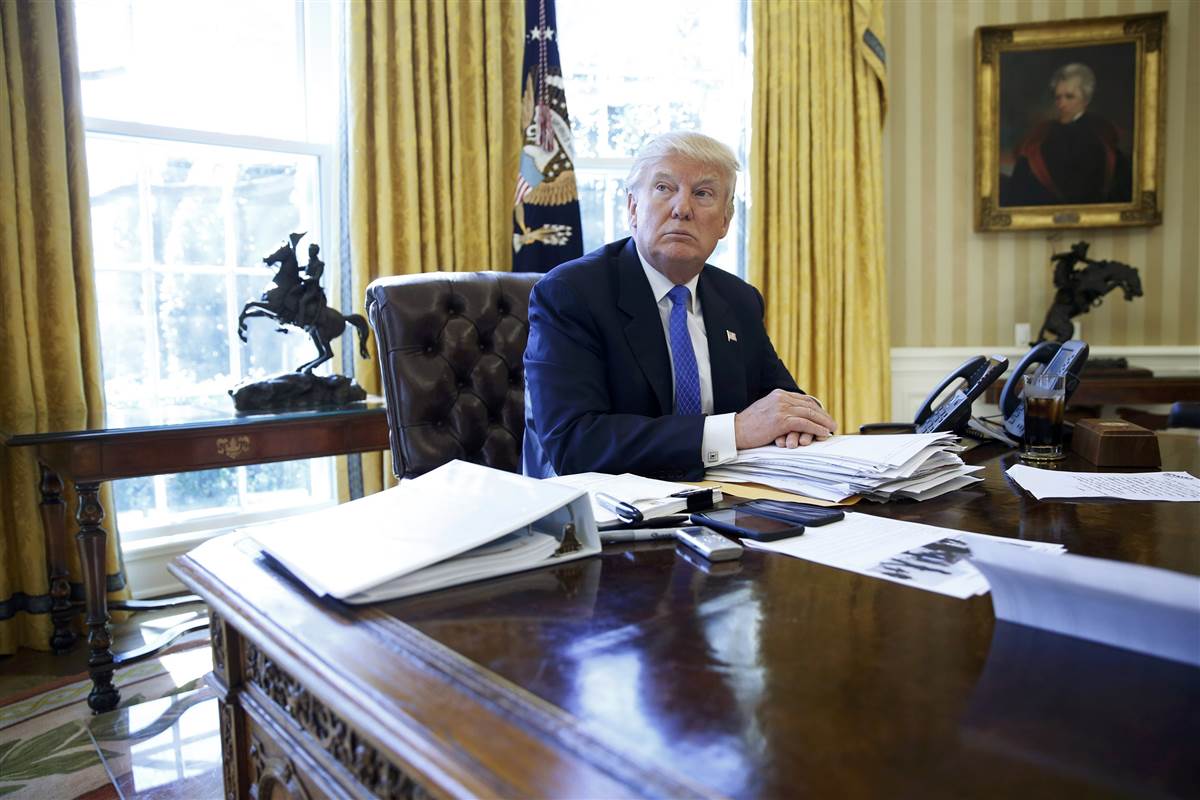 President Donald Trump on Thursday again expressed a desire for America to be an unparalleled military power, saying he wants to build up the U.S. nuclear arsenal to make it “top of the pack.”

In an interview with Reuters, the president stated that the United States had fallen behind on atomic weapons but did not detail what kind of expansion, if any, the military would pursue.

“A dream would be that no country would have nukes,” Trump told Reuters. “But if countries are going to have nukes, we’re going to be at the top of the pack.”

Asked Thursday to expand on what President Trump meant in the interview, White House press secretary Sean Spicer told reporters that it means that the U.S. “will not yield its supremacy in this area to anyone.”

The U.S. nuclear stockpile reached a peak in 1967, according to the Department of Defense.

The president has been outspoken about the country’s need for a powerful military, often saying that he will pursue a “peace through strength” approach to foreign policy.

While speaking in South Carolina late last week, Trump said the best way to prevent war is preparedness and that he would seek to build the military up so much that “none will dare to challenge” it.

This isn’t the first time Trump has proposed nuclear expansion. Tweeting less than a month before his inauguration, the then-president-elect made the case for more nukes, “until such time as the world comes to its senses.”