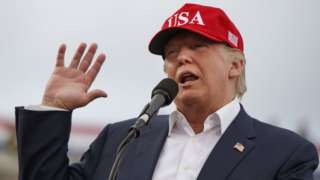 Donald Trump has called for the US to “greatly strengthen and expand” its nuclear arsenal.

The president-elect, who takes office next month, said the US must take such action “until such time as the world comes to its senses regarding nukes”.

The US has 7,100 nuclear weapons and Russia has 7,300, according to the US nonpartisan Arms Control Association.

Mr Trump’s announcement, which came via Twitter, was published in a string of several tweets on Thursday morning.

His tweet came only hours after President Putin met with his military advisers to recap Russian military activities in 2016.

“We need to strengthen the military potential of strategic nuclear forces, especially with missile complexes that can reliably penetrate any existing and prospective missile defence systems,” Mr Putin said.