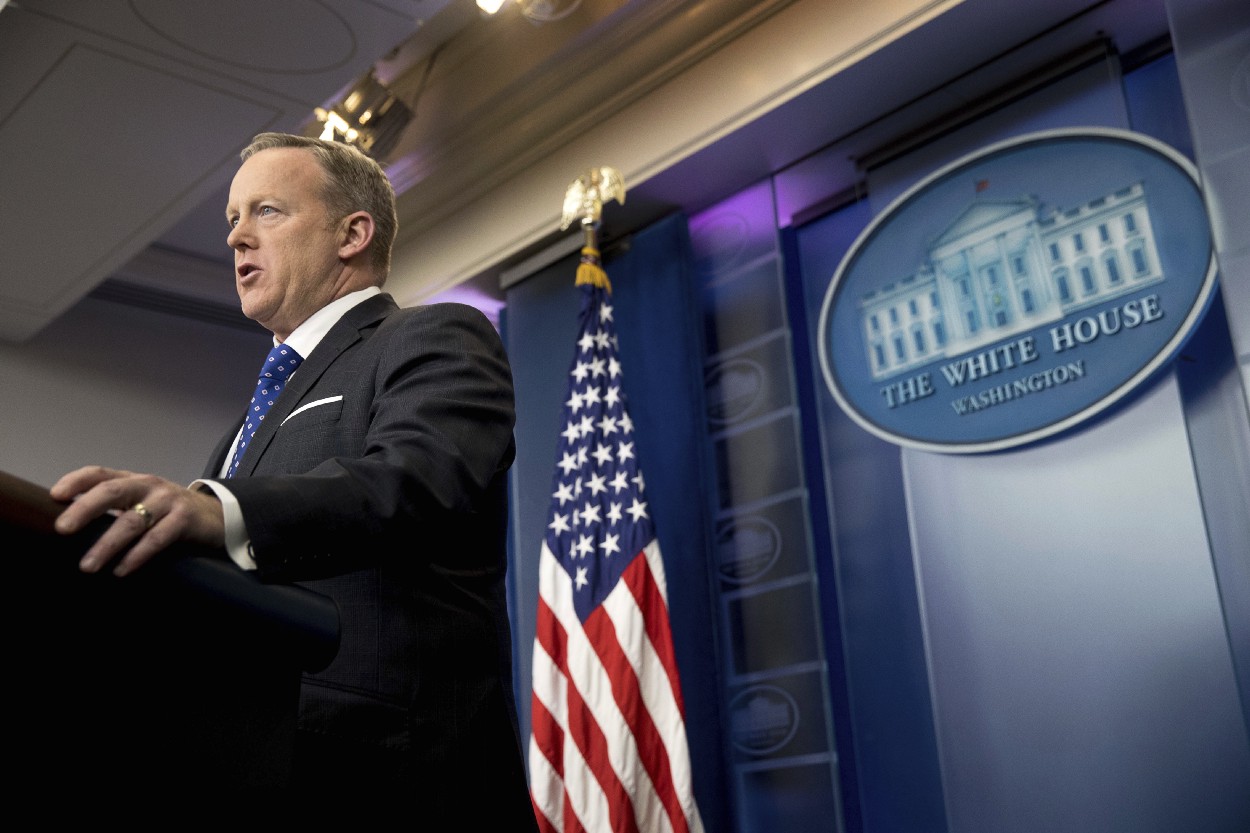 During his press conference on Thursday, White House Press Secretary Sean Spicer was asked whether the Trump administration plans to crack down on states like Colorado and Washington that have legalized recreational marijuana.

Spicer signaled that the Trump administration will break with the Obama administration’s policy of not enforcing federal law criminalizing marijuana in states that have taken a different approach.

“There are two distinct issues here — medical marijuana and recreational marijuana,” Spicer replied. “Medical marijuana — I’ve said before that the president understands the pain and suffering that many people go through who are facing especially terminal diseases and the comfort that some of these drugs including medical marijuana can bring them.”

But when the topic turned to recreational marijuana, Spicer conflated it with opioids and indicated the Trump administration is equally opposed to people using it.

“When you see something like the opioid addiction crisis blossoming in some the states in the country, the last we should be doing is encouraging people,” Spicer said. “There is still a federal law that we need to abide by when it comes to recreational marijuana and other drugs of that nature. So, I think there is a big difference between medial marijuana which the states where it’s allowed… have set forth a process to administer and regulate that usage, versus recreational marijuana and that’s a very, very different subject.”