In a record-breaking drug bust, the Drug Enforcement Administration said on Thursday it seized approximately 1 million fake pills containing fentanyl in Inglewood, California, earlier this month. The counterfeit pills were seized on July 5 during a raid of a home tied to a Los Angeles-area drug trafficking organization believed to be linked to Mexico’s […]

The streets of downtown Portland, Oregon, resemble an open-air drug market. Heroin, meth and fentanyl use is rampant and often visible on city streets. Portland police officers drive by homeless addicts buying and using. The signs of drug addiction are actually increasing throughout the state, according to law enforcement sources. Oregon ranks second-highest among U.S. […]

U.S. Customs and Border Protection (CBP) intercepted nearly $2 million in drugs at the southern border over the course of the past week. Most of the seizures were made at ports of entry into the U.S. from Mexico, where Customs agents inspect inbound vehicles. The drugs seized included cocaine, methamphetamine, and marijuana. CBP has seized […]

Tourists staying at luxury hotels in Cancun and Tulum are noticing a massive uptick in cartel violence as the vacation hotspots have quickly become a key revenue source for drug sales, The Wall Street Journal reported Sunday. Cartels see the area of Quintana Roo, where the two resort towns are located, as a cash cow […] 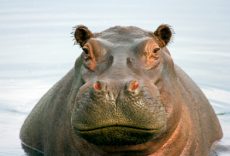 More than 80 hippos previously owned by Colombian drug lord Pablo Escobar have a unique distinction in U.S. law: They are the first non-human creatures to be legally considered people. The U.S. District Court for the Southern District of Ohio recognized the late Escobar’s infamous “Cocaine Hippos” as legal persons for the first time in […]

The Supreme Court’s decision restricting the use of a landmark 2018 drug reform law landed like an anvil Monday morning at the Decarceration Collective, a Chicago law firm that seeks to free people serving life sentences for federal drug crimes. The unanimous ruling said the law — which has been used to cut the sentences […]

Beleaguered golf legend Tiger Woods confirmed via Twitter that he is seeking professional help to manage prescription drugs he was taking for back pain and a sleeping disorder. Radaronline reported that Woods, 41, checked into the Jupiter Medical Center for a 28-day stay to deal with a painkiller addiction. “I’m currently receiving professional help to […]

Fox News’ Sean Hannity didn’t say Thursday that former President Barack Obama definitely did drugs with the Hawaii judge who blocked President Donald Trump’s travel ban. But Hannity wasn’t ruling it out either. “By the way, this judge who issued the travel ban ruling is an Obama law school classmate,” Hannity said on his radio […] 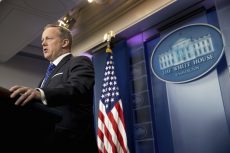 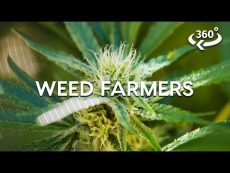 The Golden State’s proposed legalization of recreational marijuana will likely make the crop more sustainable. In 1849, prospectors came to Northern California for gold. In 2016, they’re coming for green. Recreational marijuana isn’t yet legal in California, but the prospect has sparked a land grab in the area known as the Emerald Triangle. If Prop […] 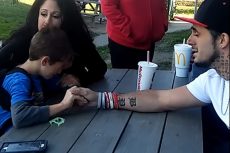 When an Ohio man decided to tell his young son that his mother had died of a heroin overdose, he did what most dads would never dream of doing: He filmed the moment and posted it to the internet. Brenden Bickerstaff-Clark’s 2-minute Facebook video, which purports to show the moment his 8-year-old learned the terrible […]