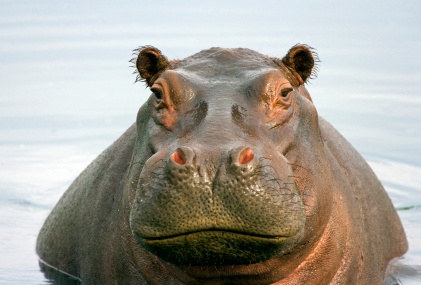 More than 80 hippos previously owned by Colombian drug lord Pablo Escobar have a unique distinction in U.S. law: They are the first non-human creatures to be legally considered people.

The U.S. District Court for the Southern District of Ohio recognized the late Escobar’s infamous “Cocaine Hippos” as legal persons for the first time in the United States.

The ruling on Oct. 15 came on the same day the Animal Legal Defense Fund filed an application on behalf of the hippo plaintiffs in Colombia intended to stop that country’s government from killing the animals. The ALDF announced the decision in a news release Wednesday.

The hippos are descendants of four illegally imported by Escobar. They were set free after his death in 1993. Since then, the hippos have increased their numbers to more than 80, and they are reportedly wreaking havoc on the local ecosystem.

However, some scientists have argued they may actually be “restoring ecological functions” lost for thousands of years due to “human-driven extinctions.”

In July, Colombian attorney Luis Domingo Gómez Maldonado filed a lawsuit on behalf of the animals to save them from being killed, saying that sterilization was a better option, according to Newsweek.