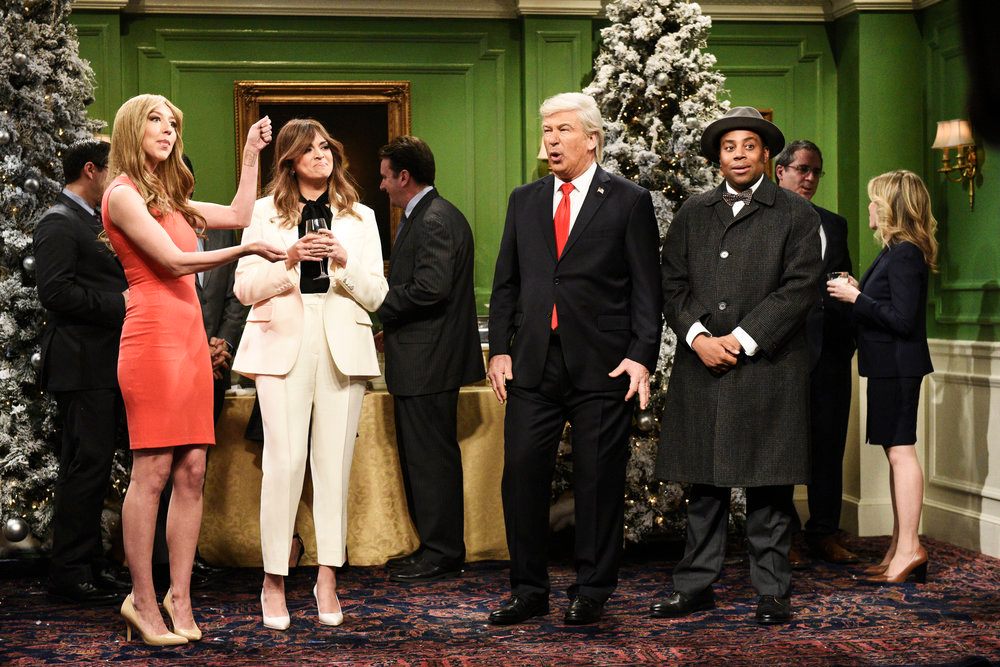 Donald Trump called for courts to test NBC and “Saturday Night Live” in a fiery tweet on Sunday that followed the final airing of the sketch show until the New Year.

“SNL” wrapped up a year of political humor directed at the Trump administration with a parody of the Christmas movie “It’s a Wonderful Life,” in which it posited a world wherein Donald Trump, played by Alec Baldwin, was never elected president of the United States.

The sketch, which featured returning guest stars Ben Stiller as Michael Cohen, Robert De Niro as Robert Mueller and Matt Damon as Brett Kavanaugh, showed Trump being led through a Christmas party in a world where Hillary Clinton became president. As each person from his administration approaches, Trump learns that him not being president worked out for the benefit of everyone. For example, the sketch suggested that he and Melania got a divorce and remarried others, Kavanaugh never made it onto the Supreme Court and Mueller was able to spend more time with his kids instead of having to “investigate some idiot for treason.”