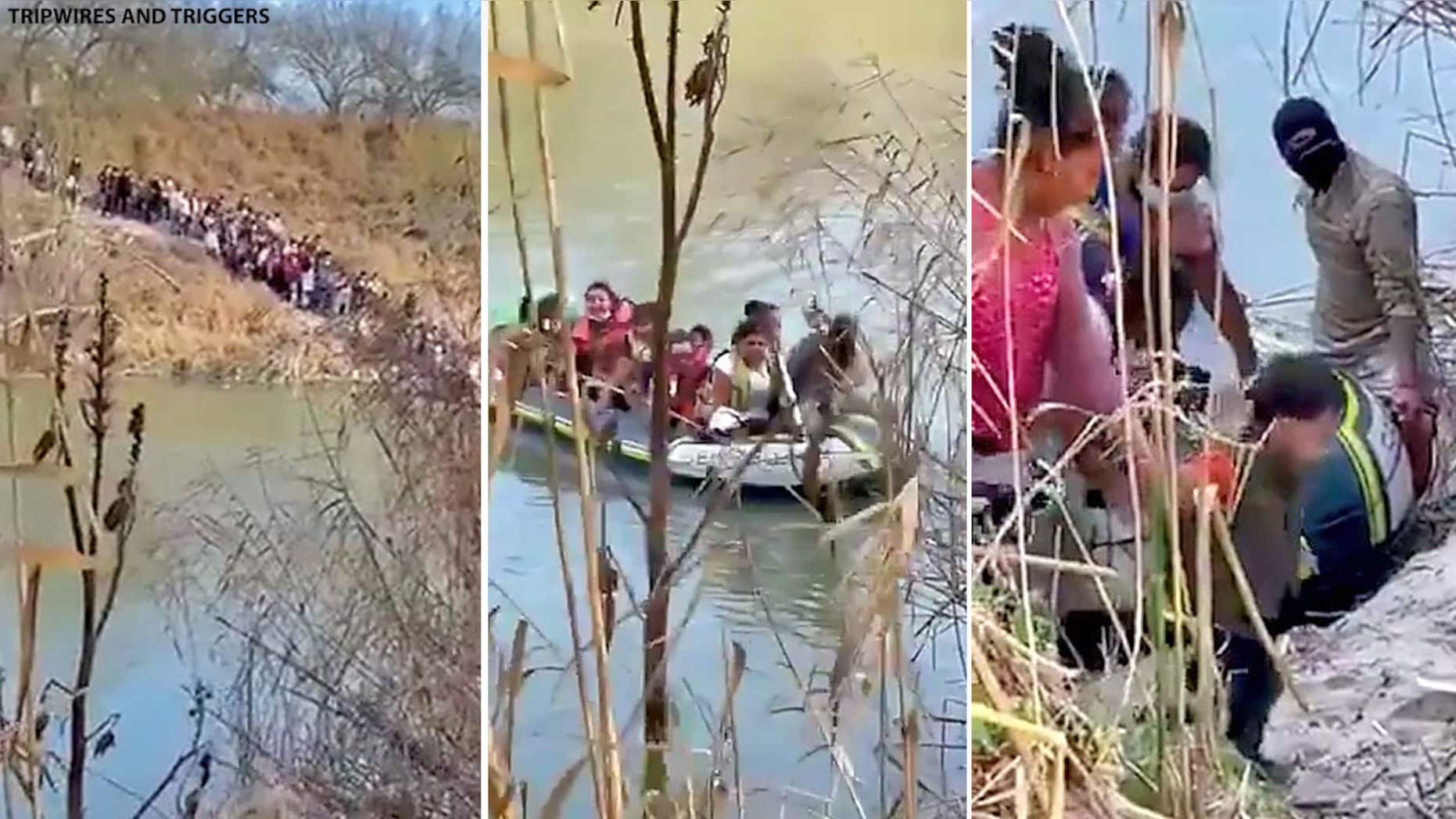 A video posted to social media shows hundreds of migrants waiting to cross the Rio Grande into Texas, even as the Biden administration insists that there is no “crisis” at the border.

The video appeared on the TikTok account of “Tripwires & Triggers,” a service started by Jaeson Jones to keep the public informed about the situation at the southern border.

Jones, who previously served as a captain in the Intelligence and Counterterrorism Division of the Texas Department of Public Safety, narrates the video.

“What you are about to see are migrants who have just paid the Peso or the tax to the Cartels and an independent smuggling group working directly for a Cartel,” Jones said as the video shows a raft crossing the river with almost a dozen migrants.

“You’re literally seeing a handoff from a criminal organization, that is responsible for thousands of murders in Mexico, handing these people off to a U.S. law enforcement officer,” Jones said.

A version of the video without commentary later appeared on Twitter.

Watch the video at foxnews.com