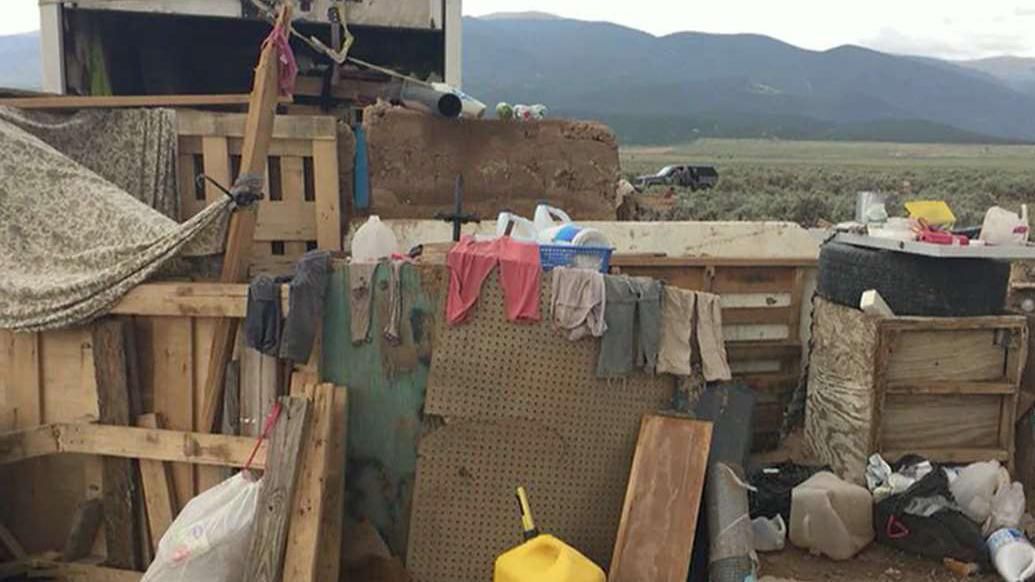 11 children rescued from heavily-armed compound built out of garbage.

The three mothers of the 11 malnourished children found living in a filthy New Mexico compound were arrested and charged Sunday along with two men described as armed Muslim “extremists” after authorities raided the property in search of a 4-year-old boy.

Jany Leveille, 35; Hujrah Wahhaj, 38, and Subhannah Wahha, 35, were arrested and charged with neglect and child abuse of the children. The three women, who were found at the compound in Amalia, initially refused to answer any questions.

Authorities raided the compound Friday as part of their search for 4-year-old Abdul-Ghani Wahhaj, who vanished last December. Abdul-Ghani’s mother reported her son missing after Wahhaj took the boy, who turned 4 on Monday, to the park in Clayton County, Ga., and didn’t return, The Albuquerque Journal reported. She added the boy suffers from a medical condition.