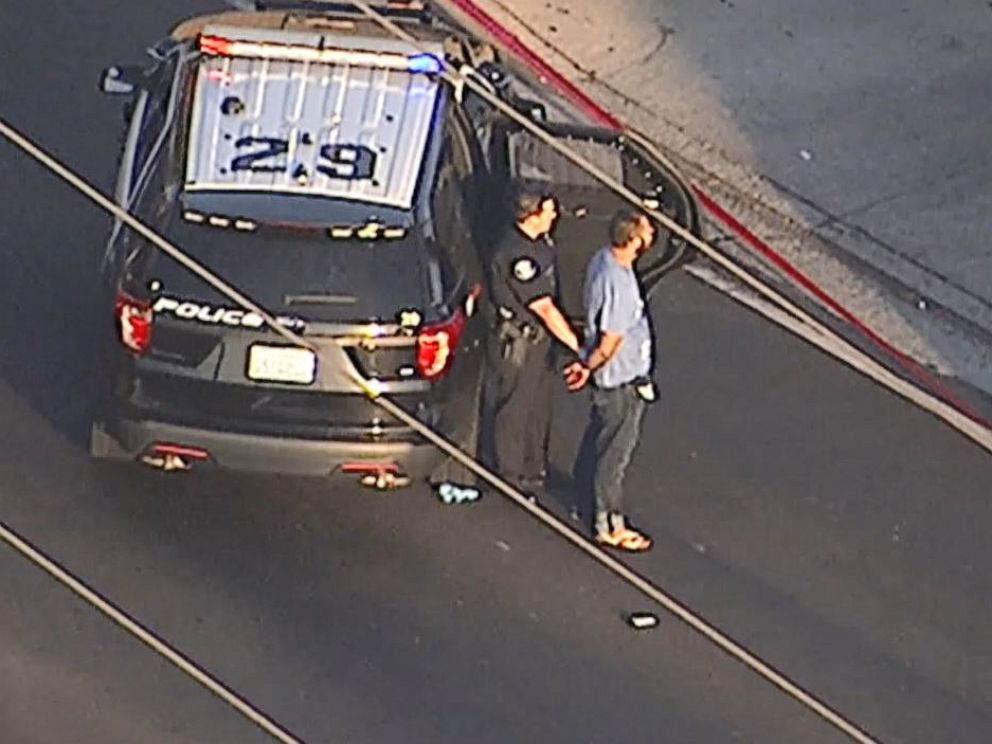 The deadly spree began at 4:23 p.m. local time when the suspect robbed a bakery in Garden Grove, California, a few miles south of Anaheim. At 5:04 p.m., police said they found two men stabbed at a nearby apartment complex.

One of those victims was pronounced dead at the scene, while another died at the hospital, according to authorities.

At 5:40 p.m., the suspect allegedly robbed a check-cashing business, also in Garden Grove.

And then, 25 minutes later, a woman was stabbed multiple times at a Garden Grove insurance business. She is expected to survive, police said.

Four minutes after robbing the insurance business, the same suspect got into an argument with a man pumping gas at a neighboring Chevron station. The man was stabbed multiple times with knives and a machete and his nose was nearly severed, police said. He is, however, expected to live.