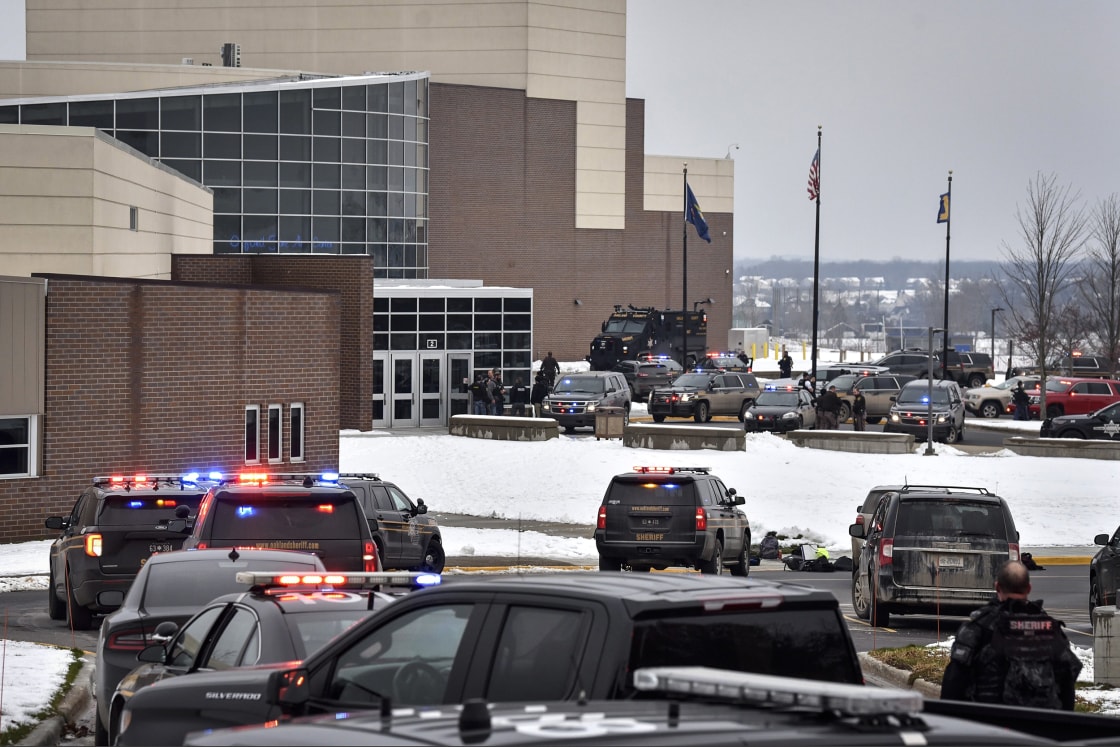 A 17-year-old student is the fourth victim to die in a shooting at Oxford High School in Michigan as murder charges were announced against the teenage suspect.

The suspect, Ethan Crumbley, 15, was charged Wednesday with four counts of first-degree murder, one count of terrorism causing death, seven counts of assault with intent to murder and 12 counts of possession of a firearm in the commission of a felony.

He is being charged as an adult and was arraigned later Wednesday.

Oakland County Prosecutor Karen McDonald said at a news conference that the shooting Tuesday at Oxford High School was planned, “not just an impulsive act.”

“There is a mountain of digital evidence — videotape, social media, all digital evidence possible — and it absolutely, we are confident that we can show it was premeditation,” she told reporters.