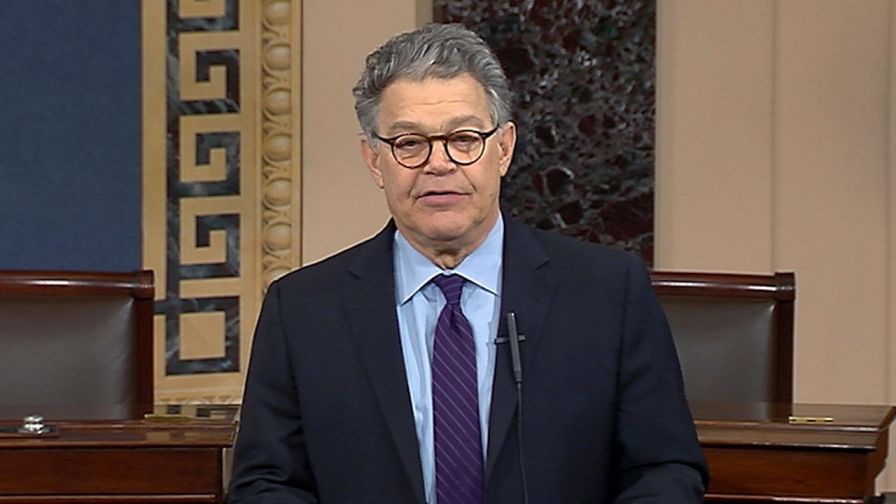 Sen. Al Franken’s Senate floor announcement that he is leaving Congress amid mounting allegations of sexual misconduct is coming under fire by many for lacking an apology; analysis from Beverly Hallberg, president of the District Media Group, and Erin Delmore, senior political correspondent for Bustle.com.

Minnesota Democratic Sen. Al Franken resigned from Congress two weeks ago amid continuing sexual-misconduct allegations. However, he’s yet to say when he’ll empty his Capitol Hill office, even after his replacement was appointed earlier this week.

“Tina Smith will make an excellent United States senator. …  I look forward to working with her on ensuring a speedy and seamless transition,” Franken said after the state lieutenant governor was appointed, without mentioning when he’ll leave.

In his Dec. 7 resignation speech, Franken said only that he’ll be leaving in the “coming weeks.”

Multiple people on Capitol Hill, including those in Senate leadership, told Fox News that they doesn’t know when Franken will leave.

“I’ll be coming home,” was Franken’s only response to a question after future plans, after his Senate floor resignation speech.