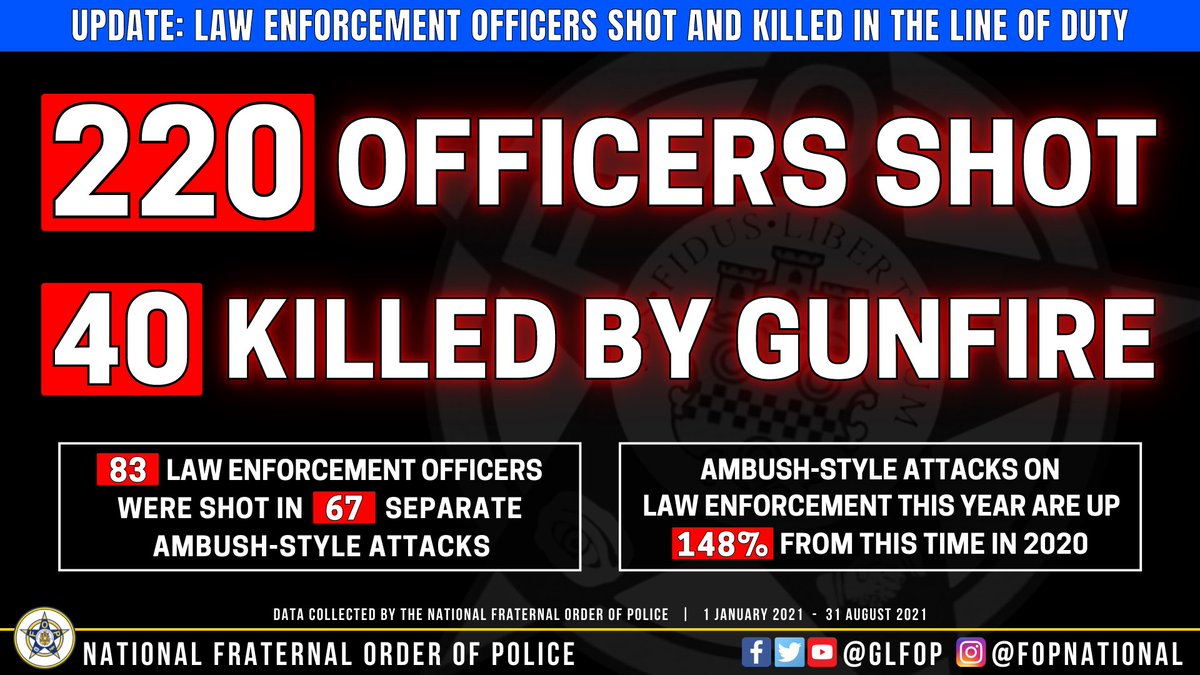 There have been far more than double the number of ambush-style attacks on law enforcement so far this year compared to the same time in 2020, national police union records show.

As of Tuesday, the Fraternal Order of Police (FOP) recorded 67 “ambush-style attacks” on officers year to date, with 83 officers wounded — 20 of them did not survive.

“What we’re witnessing should alarm all Americans: 2021 is on pace to have record levels of officers SHOT and KILLED by gunfire,” the union said in a Wednesday tweet.

There were 220 officers wounded – 40 of whom were killed – in the line of duty by the end of August, the FOP said.

In the beginning of August, a 27-year-old named Austin William Lanz fatally stabbed a Pentagon police officer, George Gonzalez, in an ambush-style attack, officials have said. According to the FBI, Lanz took a bus to the Pentagon Transit Center, where he stabbed the 37-year-old officer in a seemingly unprovoked attack.