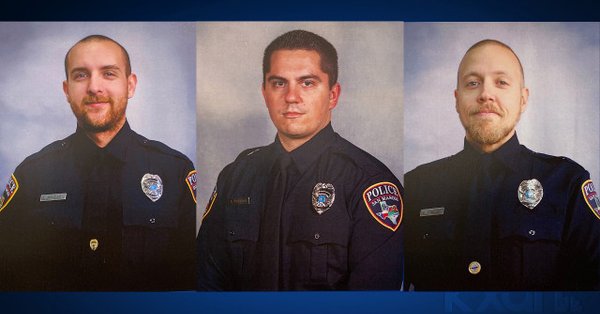 A police officer was killed and two others were injured in what authorities described as an “ambush” in San Marcos, Texas, officials said.

The shooting took place after officers responded to a 6:05 p.m. domestic disturbance call at an apartment complex, the San Marcos Police Department said in a statement. “During the course of their response, the suspect ambushed the officers with a rifle,” it said.

A suspect apparently died for a self-inflicted gunshot, police said.