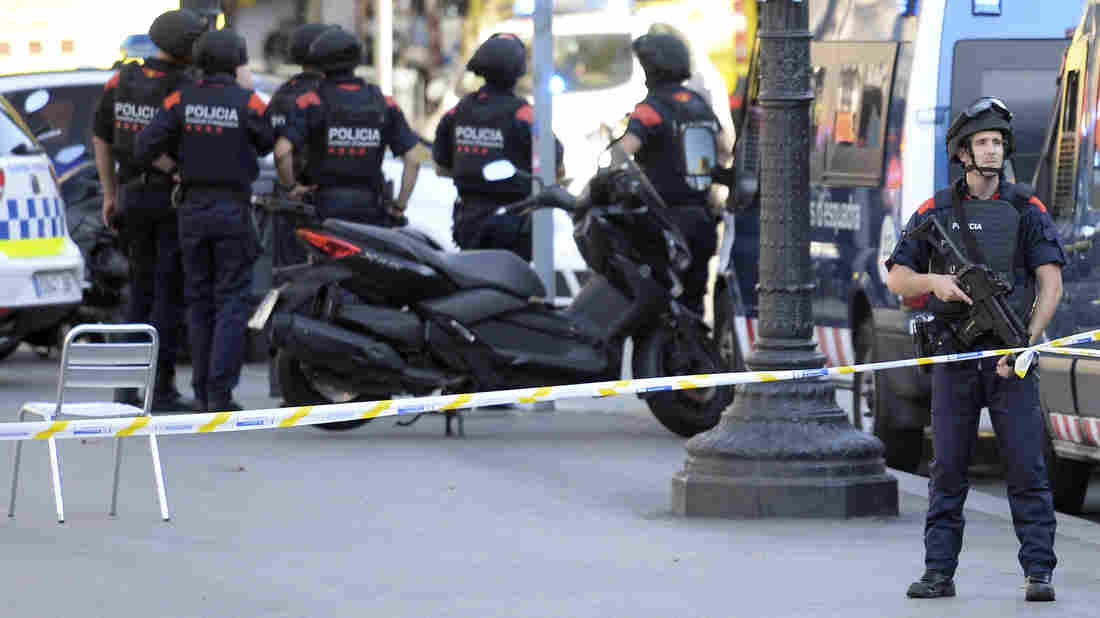 A van drove into a crowd of people on a popular pedestrian street in Barcelona, Spain, on Thursday, killing at least 13 people and injuring at least 50, Catalan Interior Minister Joaquim Forn says.

Regional police are describing the deadly incident on Las Ramblas boulevard as a terrorist attack but emphasized they do not know the motive.

The Islamic State has claimed responsibility for the attack through its Amaq news agency, the SITE Intelligence Group reports.

As NPR has previously reported, an ISIS claim of responsibility can mean a number of things. Some claimed attacks were planned by ISIS leaders, while others were planned independently. This time, the ISIS statement said that the “perpetrators” were “from the ranks of the Islamic State” and were responding to calls for attacks.

The white van slammed into scores of people after it jumped a curb and drove down the famous pedestrian walkway that runs down the middle of the Las Ramblas boulevard.