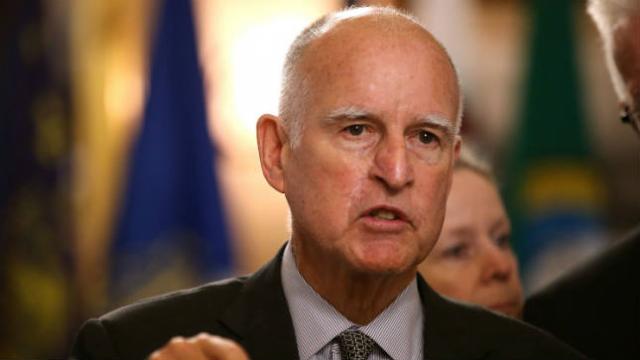 “Everything he’s doing is … stupid and dangerous and silly. I mean, come on, really, calling the North Korean dictator ‘Rocket Man’?” Brown said, according to Politico. “He is accelerating the reversal through his own absurdity.”

“You should check out the derivation of ‘Trump-ite’ and ‘troglodyte,’ because they both refer to people who dwell in deep, dark caves,” Brown said.

Monday’s speech was the first of several climate-change events the Democratic governor will hold this week as Trump meets with world leaders at the United Nations, according to the Los Angeles Times.

Brown has led the charge against Trump’s policies on climate change since the president announced he was pulling the U.S. out of the Paris climate change agreement earlier this year.