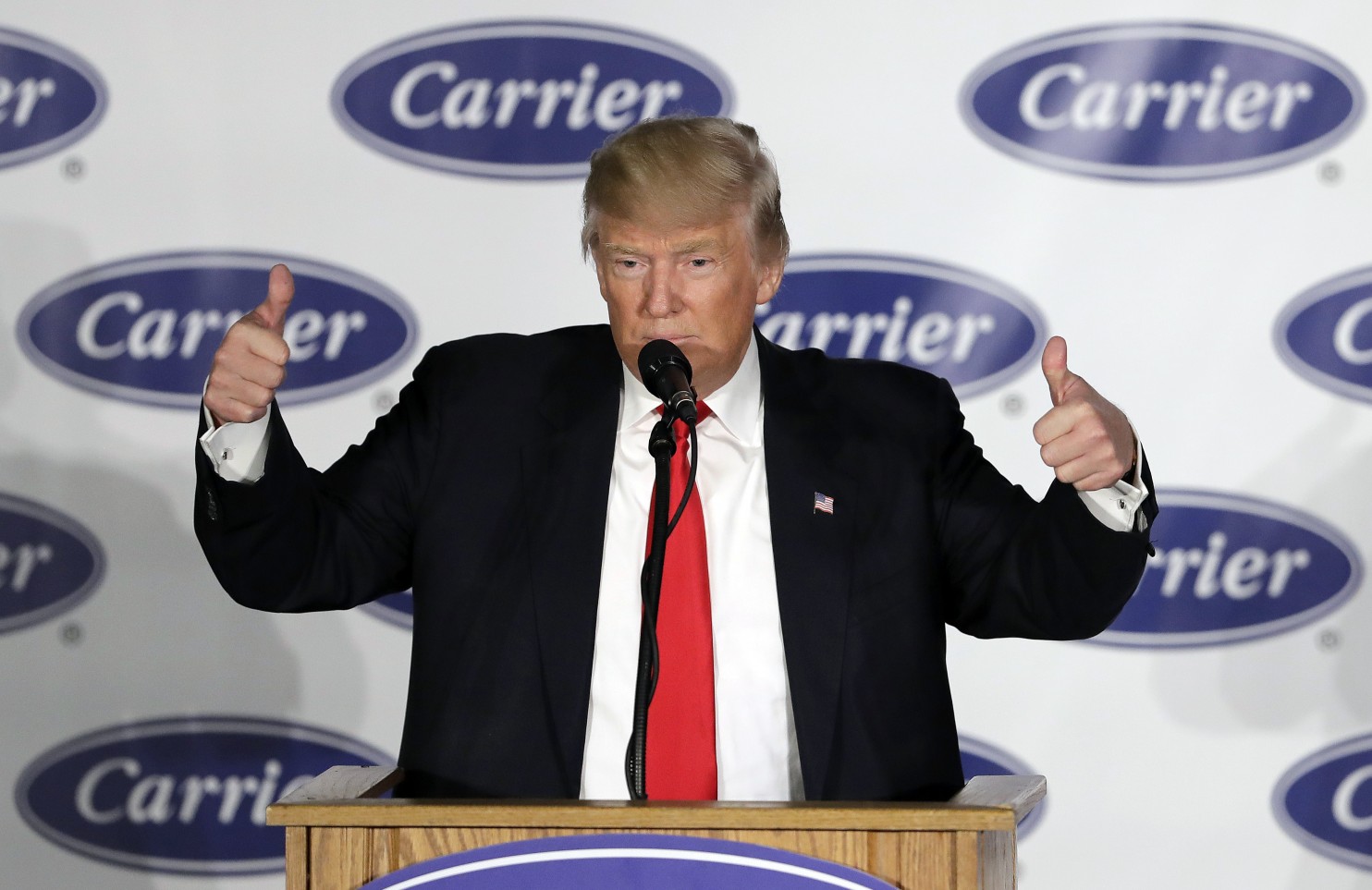 Seven months earlier, at a campaign rally in Indianapolis, Trump had pledged to save the plant’s jobs, most of which were slated to move to Mexico. Then the businessman won the election, and the 1,350 workers whose paychecks were on the line wondered if he’d keep his promise.

Jones, president of the United Steelworkers 1999, which represents Carrier employees, felt optimistic when Trump announced last week that he’d reached a deal with the factory’s parent company, United Technologies, to preserve 1,100 of the Indianapolis jobs — until the union leader heard from Carrier that only 730 of the production jobs would stay and 550 of his members would lose their livelihoods, after all.

At the Dec. 1 meeting, where Trump was supposed to lay out the details, Jones hoped he would explain himself.

“But he got up there,” Jones said Tuesday, “and, for whatever reason, lied his a– off.”