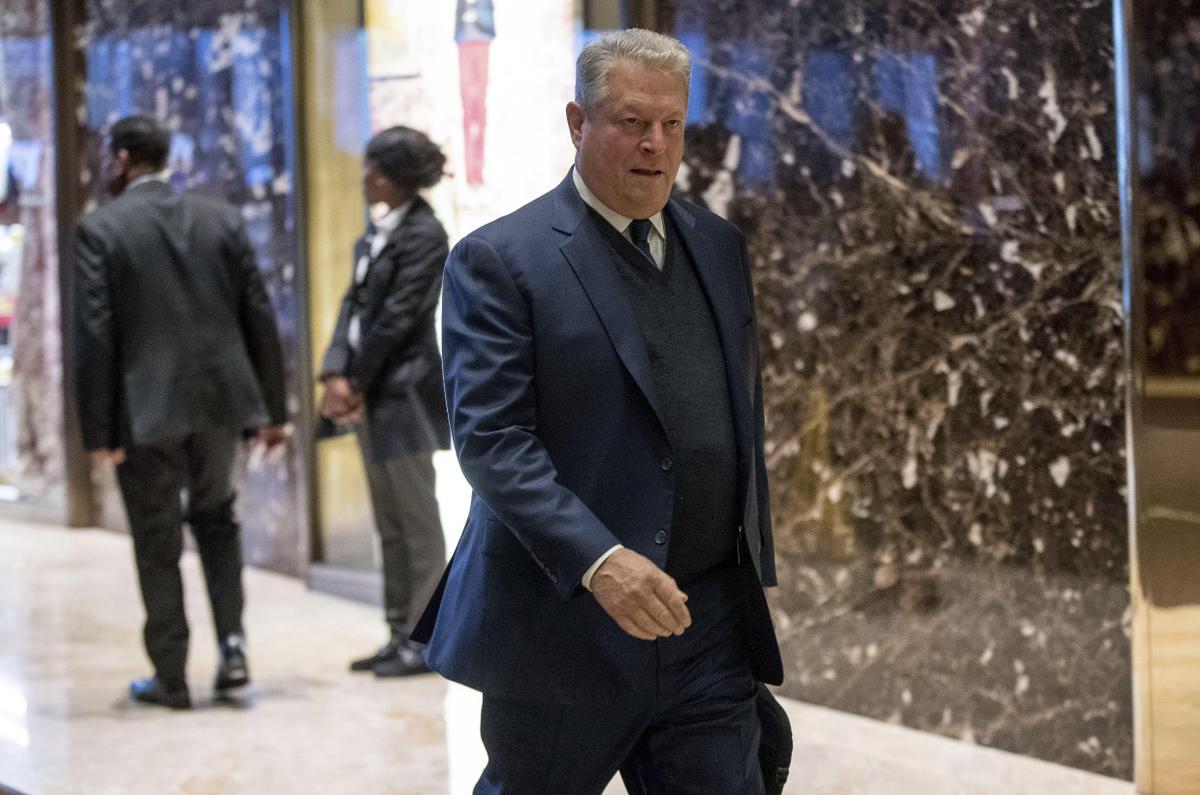 As Donald Trump continues to indicate that he might be willing to change his position on climate change, which he has long called a “hoax,” the president-elect met Monday with former vice president Al Gore, who has become a prominent activist in the fight against global warming.

“I had a lengthy and very productive session with the president-elect. It was a sincere search for areas of common ground,” Gore told reporters after spending about 90 minutes at Trump Tower in Manhattan during the lunch hour Monday. “I had a meeting beforehand with Ivanka Trump. The bulk of the time was with the president-elect, Donald Trump. I found it an extremely interesting conversation, and to be continued, and I’m just going to leave it at that.”

Trump has repeatedly called climate change a “hoax” and has even accused the Chinese government of creating this fake problem to steal manufacturing jobs from the United States. But Trump seemed to soften that position during a meeting with The New York Times late last month, saying that he would keep an “open mind” on the issue and acknowledging that human activity might be connected to changes in the climate.