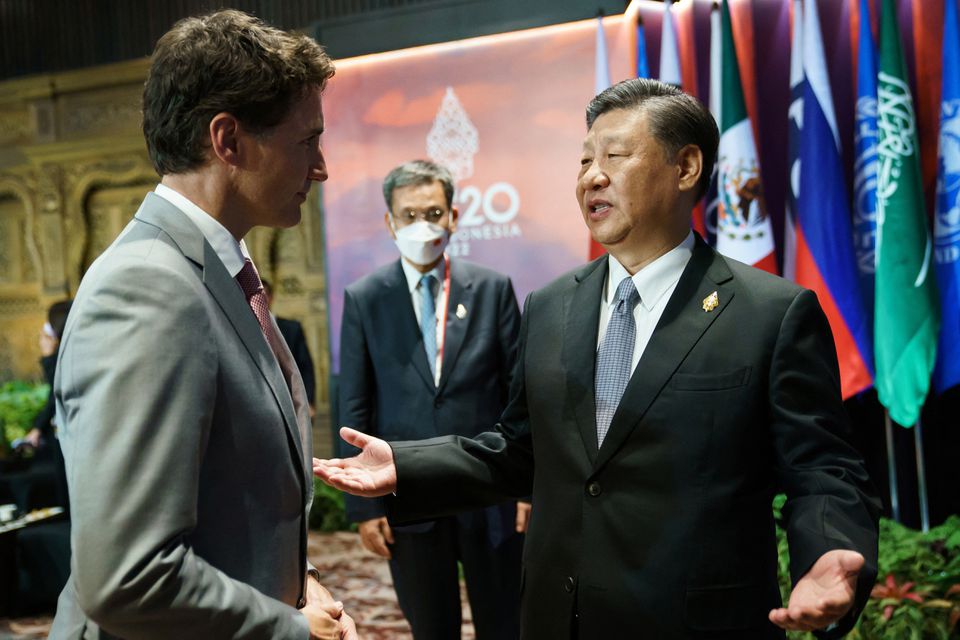 Chinese President Xi Jinping on Wednesday criticised Canadian Prime Minister Justin Trudeau in person over alleged leaks of their closed-door meeting at the G20 summit, a rare public display of annoyance by the Chinese leader.

In video footage published by Canadian broadcasters, Xi and Trudeau can be seen standing close to each other and conversing via a translator at the summit on the Indonesian island of Bali.

That is not appropriate, and we didn’t do it that way,” Xi said in Mandarin, smiling.

“If there is sincerity, we can communicate well with mutual respect, otherwise the outcome will not be easy to tell.”

His displeasure was likely a reference to media reports that Trudeau brought up “serious concerns” about alleged espionage and Chinese “interference” in Canadian elections when meeting with Xi on Tuesday, his first talks with the Chinese leader in more than three years.