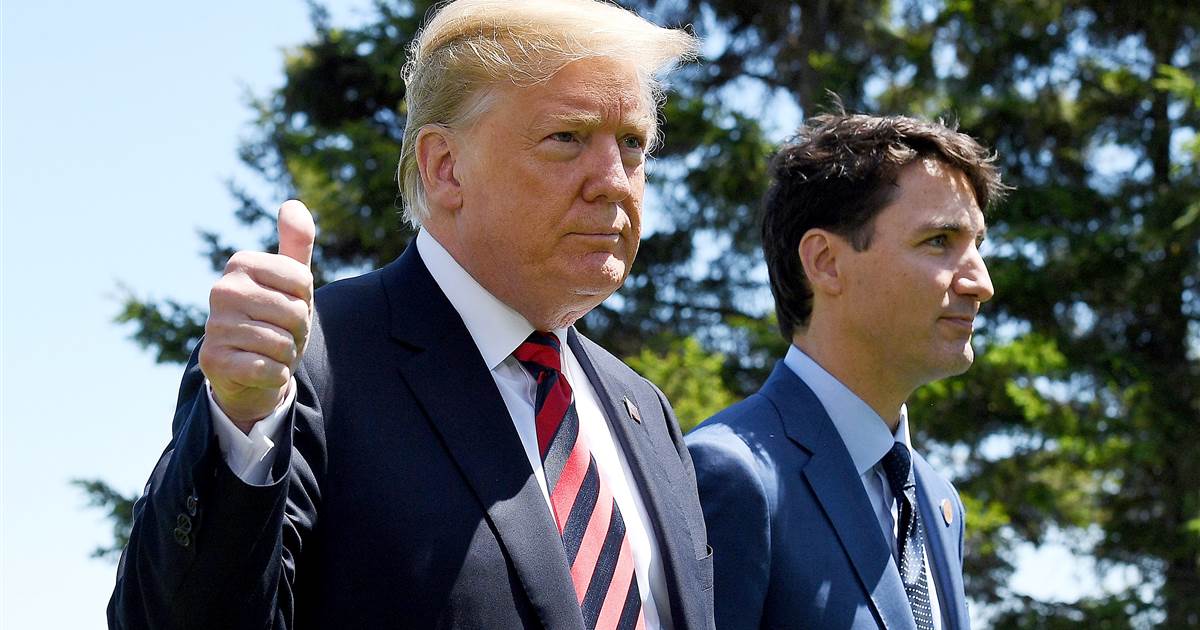 QUEBEC CITY — President Donald Trump said Saturday that he was pulling the U.S. out of the Group of Seven’s official statement of common values and accused Canadian Prime Minister Justin Trudeau, the host of the G-7 conference, of “false statements.”

An administration official earlier had said that Trump would join the summit communiqué. Trump had left on his way to Singapore for a North Korean nuclear summit when he tweeted that U.S. representatives would not sign it.

“Based on Justin’s false statements at his news conference, and the fact that Canada is charging massive Tariffs to our U.S. farmers, workers and companies, I have instructed our U.S. Reps not to endorse the Communique as we look at Tariffs on automobiles flooding the U.S. Market!” Trump wrote in one tweet before following it up with another shot at Trudeau.

“PM Justin Trudeau of Canada acted so meek and mild during our @G7 meetings only to give a news conference after I left saying that, ‘US Tariffs were kind of insulting’ and he ‘will not be pushed around,'” Trump wrote. “Very dishonest & weak. Our Tariffs are in response to his of 270% on dairy!”