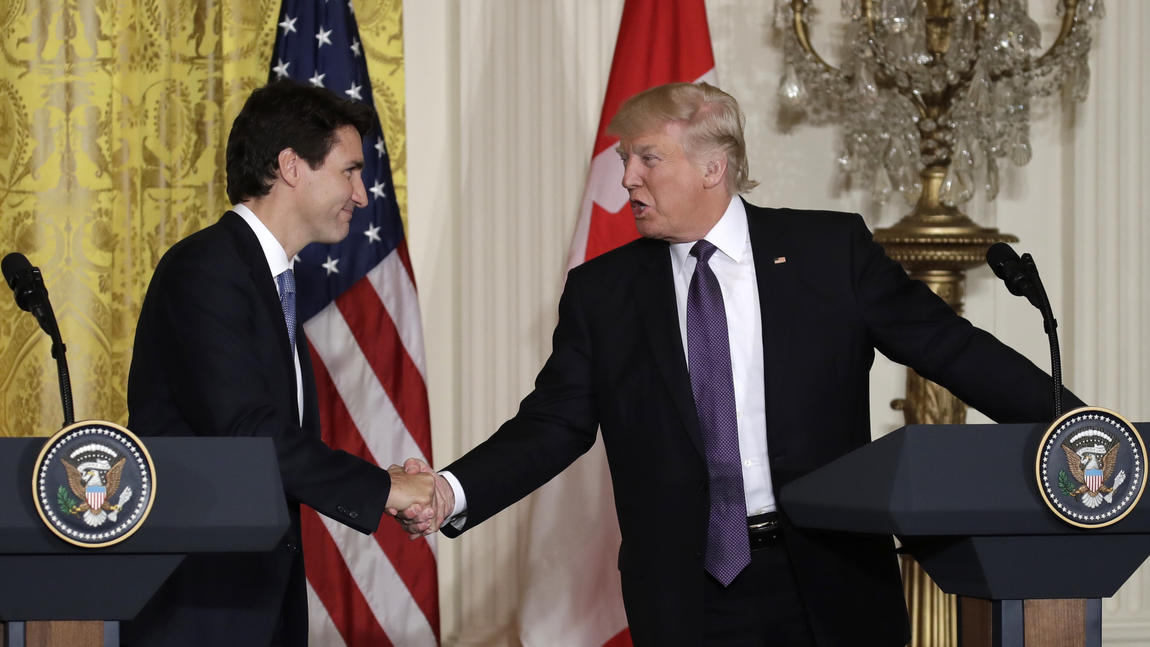 Canadian Prime Minister Justin Trudeau, a polar opposite to Donald Trump in almost every way, joined the new U.S. president at the White House on Feb. 13, 2017, keen to build a relationship that doesn’t threaten trade.

President Donald Trump praised the “outstanding” trade relationship between the United States and Canada Monday, saying he would only be “tweaking” it going forward.

The comments were received positively by Canadian Prime Minister Justin Trudeau, who came to the United States seeking to ensure Canada was not crippled as Trump re-negotiates the North American Free Trade Agreement. The neighboring leaders, polar opposites in nearly every way, took up the thorny subjects of trade and immigration at their first face to face meeting Monday.

“We have a very outstanding trade relationship with Canada. We’ll be tweaking it,” Trump told reporters of the trade relationship. “We’ll be doing certain things that are going to benefit both of our countries. It’s a much less severe situation than what’s taking place on the southern border.”

At a joint news conference after their meetings, the two emphasized their shared goals. Trump pledged to work with Canada “in pursuit of our many shared interests.” Trudeau spoke of a special bond and the “deep abiding respect” between the two countries, though he also said that “relationships between neighbors are pretty complex.”
read more at chicagotribune.com