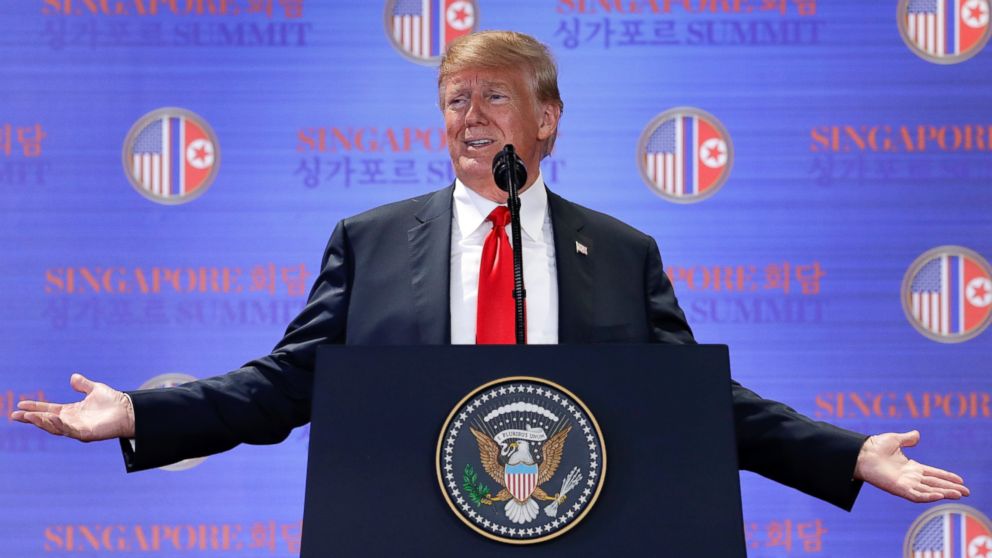 President Donald Trump said Canadian Prime Minister Justin Trudeau “learned” from the mistake of criticizing him, and it’s going to cost Canada “a lot of money.”

At a news conference Tuesday after his summit with North Korean leader Kim Jong Un, Trump recounted his recent tough exchanges with Trudeau. He said the Canadian leader must not have realized that Trump had televisions on Air Force One, allowing him to monitor Trudeau’s news conference at the end of the G-7 summit.

The president said he was annoyed by Trudeau’s comments about not letting Canada get pushed around.