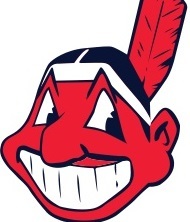 On Tuesday, the Cleveland Indians will play their first World Series game in two decades. Sharing baseball’s brightest spotlight with them will be what many people consider to be the most offensive image in sports: Chief Wahoo.

Already, to the chagrin of the team’s fans, debate over the controversial logo has intensified — on Twitter, in columns and even in court.

Last week, a Canadian judge denied a request by a Native American activist to bar the Indians from using their name and logo during a game against the Toronto Blue Jays. Though the litigation failed, it triggered dozens of news stories and a response from Major League Baseball, which said it “appreciates the concerns” of those offended and welcomed “a thoughtful and inclusive dialogue to address these concerns outside the context of litigation.”

Protests against Wahoo date back to at least the 1970s, though they have never garnered the level of national attention that opposition to the Washington Redskins name has in recent years. (That effort suffered a blow in May when a Washington Post poll found that 9 in 10 Native Americans were not offended by the name and that 7 in 10 were not bothered by Indian imagery in sports.)