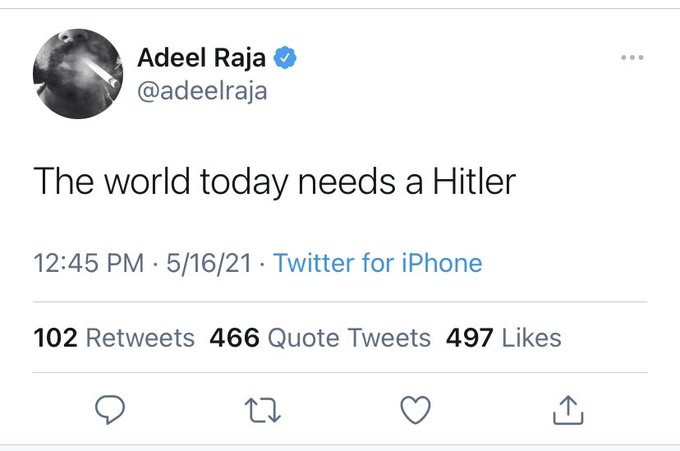 Social media users are demanding CNN respond after discovering that one of their freelance contributors, Adeel Raja, who has written dozens of pieces for the outlet, wrote in a now-deleted tweet that “the world today needs a Hitler.” After some digging, it turned out to be one of several messages Raja has posted praising the Nazi leader.

“The only reason I am supporting Germany in the finals – Hitler was a German and he did good with those Jews!” Raja wrote during the 2014 FIFA World Cup. Raja last had a CNN byline on Sept. 16, 2020. He still lists his affiliation with the network on LinkedIn.