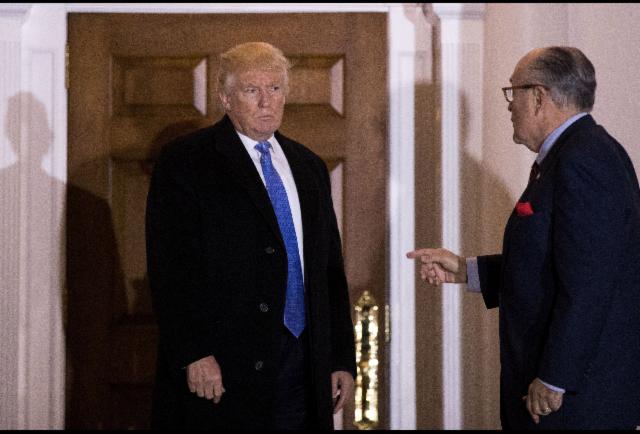 We have all seen how President-elect Donald Trump made a cozy, expansive, even flattering phone call to Pakistan’s Prime Minister Nawaz Sharif. On one level, his remarks could be seen as simply amusing. In America, we have gotten used to Trump’s way of shooting his mouth off without any hint that he knows his subject. It is our daily fare, and each occasion is now taken with a grain of salt.

But in the rest of the world, his bluster has to be taken as the initial signal of his Administration’s position. When he goes on and on about how wonderful Pakistan is, and how strong is his friendship it matters. It matters that he uses words like: very good reputation, amazing work, visible in every way, amazing, tremendous, the most intelligent, fantastic country, fantastic place, fantastic people, they are amazing, exceptional people.

One of the main messages it sends, is that he shows no awareness of the issues between the United States, Pakistan, and India. He may very well not know much. In American, we have gotten used to reading that Trump skips the daily security briefings expected of a President or President-elect. We have seen that his pick for his national security adviser is good only for a narrow focus on terrorism, not on the breadth of world problems. But again, in the rest of the world, this is not familiar.

What doesn’t Trump know? I will save the top item for last. Starting with others, he shows no awareness that the American military is enraged with Pakistan for how it props up forces in Afghanistan – the Haqqani network – that kill American soldiers. He probably doesn’t know.