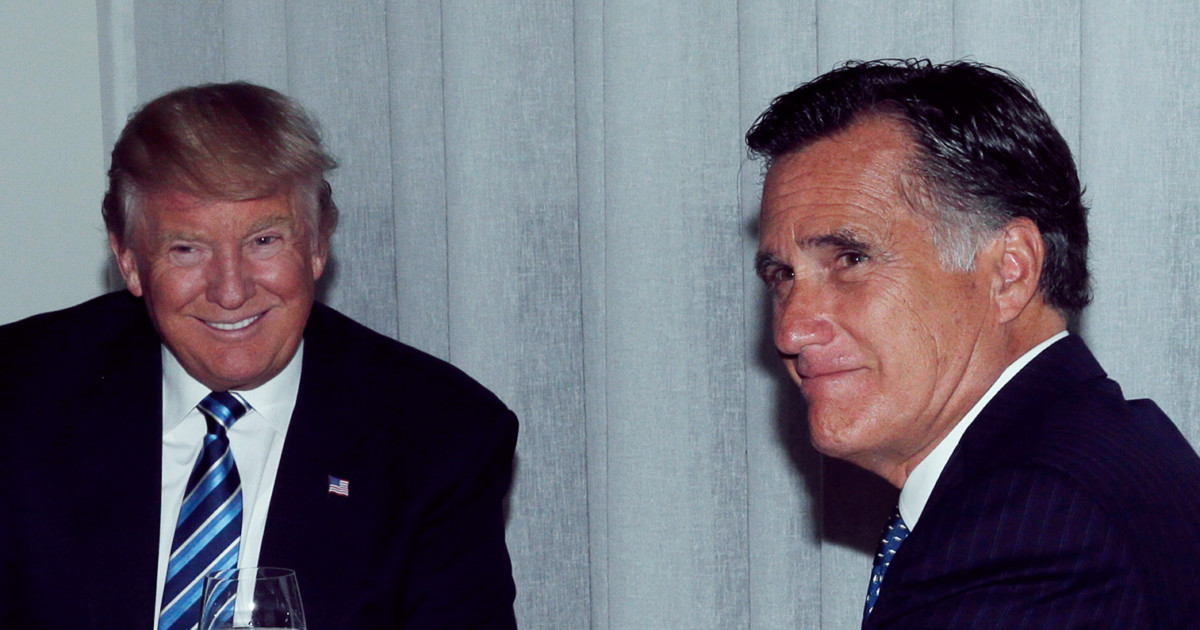 It’s “like old times,” Mitt Romney said to a group of reporters on Tuesday night as he emerged from Trump International Hotel, which is in the old Gulf & Western building, at 1 Central Park West. Rubbing his hands together and flashing a smile that stretched all the way from his bottom teeth to his upper lip, he added, “I had a wonderful evening with President-elect Trump. We had another discussion about affairs throughout the world, and these discussions I’ve had with him have been enlightening and interesting and engaging. I’ve enjoyed them very, very much.”

If Romney weren’t so eager to be Secretary of State, and so pious an individual, it might have been assumed that his reference to “affairs throughout the world” was a none-too-subtle jab at his host. But no, we must put away such mischievous thoughts. Back in March, Romney may have called Donald Trump a “phony” and a “fraud” whose “promises are as worthless as a degree from Trump University.” But on this occasion, for the second time in two weeks, the former Massachusetts governor had come not to bury the President-elect but to kowtow before him, and to discuss their joint plans to further the white-working-class revolution.