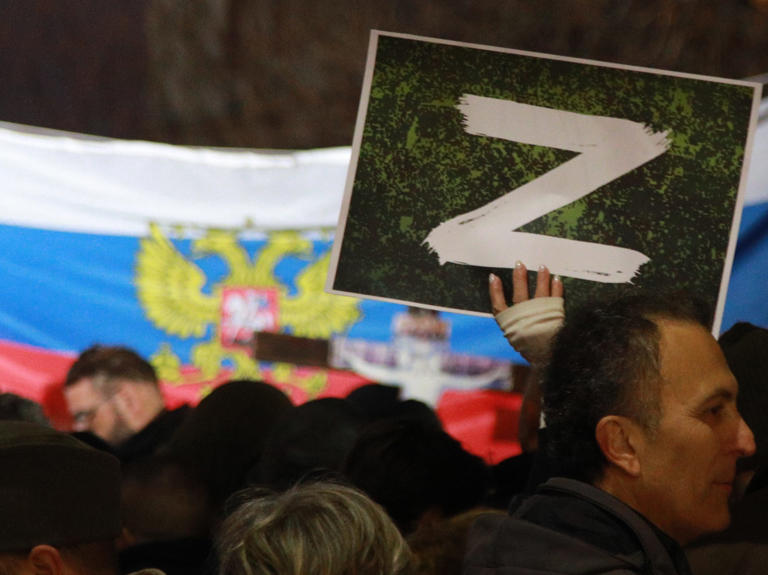 A new symbol of Russia’s war against Ukraine has emerged — a white “Z” emblem, stylized in a thick brushstroke. It has found its way onto the signs and t-shirts of ultra-right, pro-Russian protesters, been painted on Russian tanks and military vehicles, and been worn as a show of support for Russia’s invasion.

In the past several weeks, the “Z” has gone from a military marking to a potent symbol of support for Russia’s invasion of Ukraine. And there are signs that Russian nationalist groups have co-opted the mark as well.