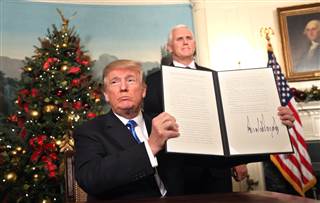 Angry countries at the United Nations on Thursday defied White House threats to cut off foreign aid, as they voted overwhelmingly against President Donald Trump’s decision to recognize Jerusalem as Israel’s capital.

At an emergency special session of the U.N. General Assembly, 128 U.N. members voted in favor of a nonbinding resolution criticizing Trump for the move, while nine nations voted against it and 35 countries abstained.

But in blistering speeches preceding the vote, several nations made their fury clear not only with Trump’s precedent-breaking announcement on Jerusalem earlier this month, but with threats from Trump and the U.S. ambassador to the U.N.,, Nikki Haley, who had tweeted that the U.S. would be “taking names” of countries backing the resolution.