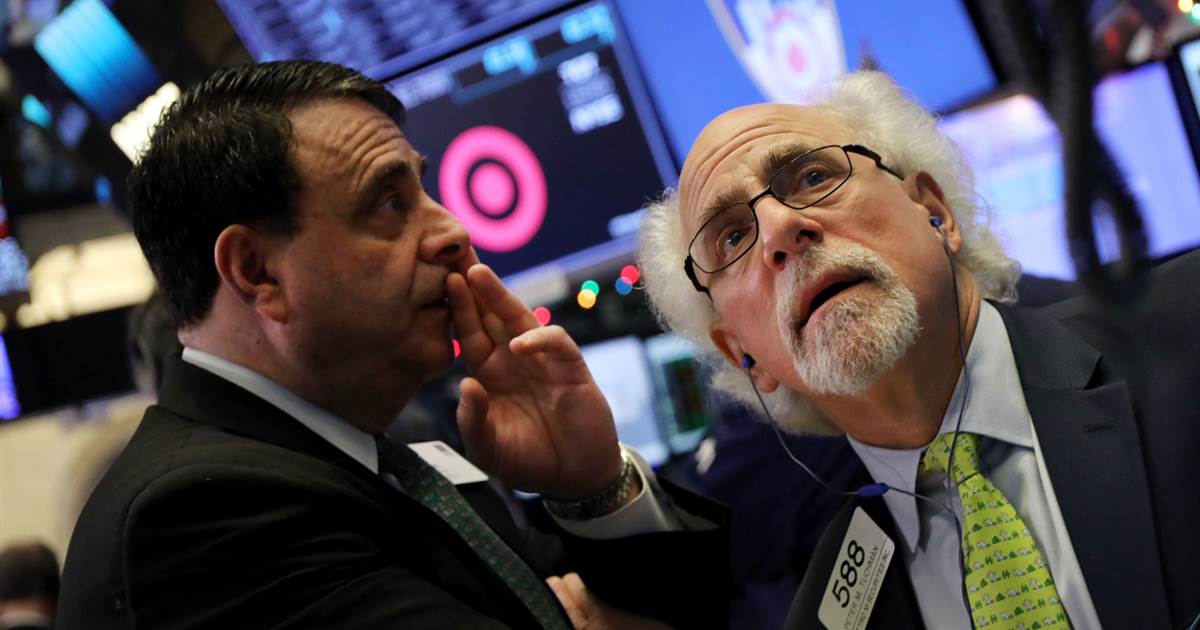 Stocks plunged again on Friday, bringing the Dow Jones Industrial Average’s losses for the week to nearly 7 percent and ending its worst week since the financial crisis in 2008. The Nasdaq Composite Index fell into a bear market and the S&P 500 was on the brink of one itself, down nearly 18 percent from its record earlier this year.

The Federal Reserve’s rate hike on Wednesday drove the losses this week and fears of an extended government shutdown only added to the pain on Friday.

The Dow Jones Industrial Average fell 415.23 points to finish at 22,445.37 in turbulent trading that sent the blue-chip index up as much as 300 points earlier in the day, only to trade in negative territory less than one hour later. The initial tick upward came as Federal Reserve Bank of New York President John Williams said that the central bank could reassess its interest rate policy and balance sheet reduction in the new year if the economy slows.

But those gains slowly disappeared as investors used that short-term pop as a chance to sell more. The broader S&P 500 fell 2 percent on Friday to close at 2,416.58, while the tech-heavy Nasdaq Composite shed 2.99 percent to 6,332.99 with big losses in technology stocks including Facebook, Amazon and Apple.