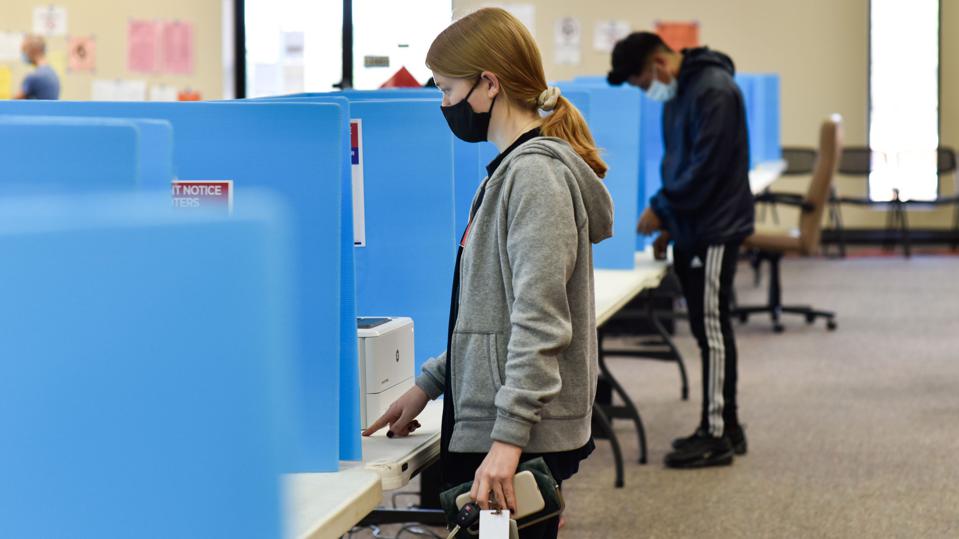 Bobby Christine, who took over as acting U.S. Attorney for the Northern District of Georgia last Tuesday, told staff members he shuttered the office’s two highest-profile voter fraud cases on his first day on the job because he decided “there’s just nothing to them,” according to a recorded conference call obtained by the Journal-Constitution.

Christine (who also oversees the Southern District of Georgia) reportedly told colleagues he was “happy” to learn how few election-related cases the office had opened.

This attitude is notable because Trump personally asked Christine to lead the office after deciding predecessor Byung J. Pak — whom the president derided as a “never Trumper” in a phone call with state election officials more than a week ago — wasn’t doing enough to look into voter fraud, the Wall Street Journal reported on Saturday.

Trump spent months inaccurately claiming he lost in swing states like Georgia because of rampant vote-rigging. His campaign’s legal team fought unsuccessfully to overturn the election results, but the president also reportedly leaned on state and federal authorities to assist in this gambit. He complained last month that the Department of Justice was not investigating voter fraud rigorously enough, he singled out Georgia attorney Pak earlier this month, and he tried to pressure Georgia officials into helping him in at least three separate phone calls. Despite the pressure, former Attorney General William Barr said last month that prosecutors hadn’t found any voter fraud on a wide enough scale to reverse the election’s outcome, and state officials in Georgia consistently refused to help Trump.