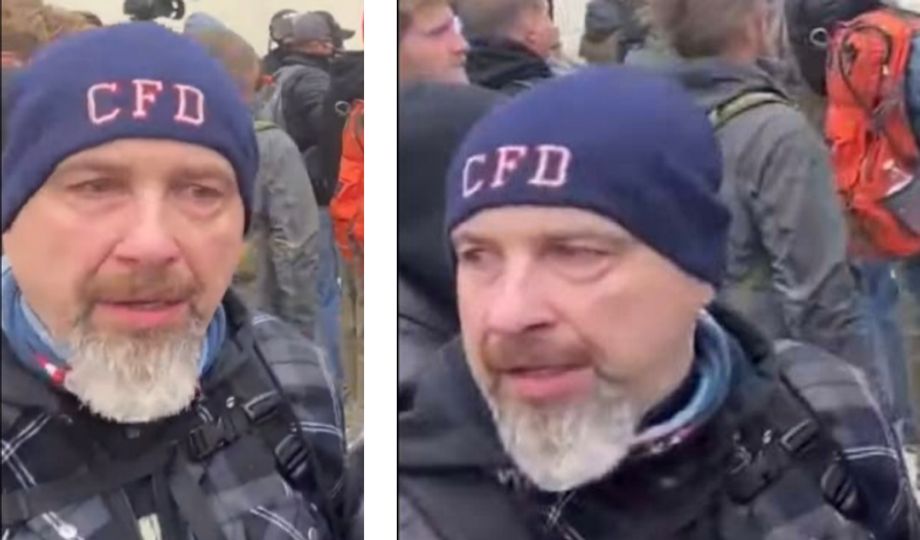 A retired firefighter from Pennsylvania was arrested Thursday morning for allegedly throwing a fire extinguisher that hit three police officers at the pro-Trump riot at the U.S. Capitol as captured on video, U.S. officials said.

Robert Sanford of Chester, Pa., faces three federal felony charges including assaulting a police officer after he was allegedly identified as the person who lobbed a fire extinguisher on the west side of the Capitol, at around 2:30 pm, as the mob crashed past a thin line of Capitol police officers and stormed towards the building on Jan. 6.

In an affidavit filed in connection with Mr. Sanford’s arrest, an FBI special agent described the mob as “insurrectionists.” “The video was shot from an elevated position and showed an area of the Capitol with a large group of police officers surrounded on at least three sides by a group of insurrectionists,” the statement of facts said. It also described the object hitting all three officers in the head, including one who was not wearing a helmet.

Around the same time, a radio dispatch captured by OpenMHZ, a platform that records radio chatter from law enforcement and life- safety services agencies, relayed an emergency code: “There is a 10-33 at the Capitol building. It has been breached.” The 10-33 code signifies an emergency in which an officer needs assistance.

The extinguisher that Mr. Sanford allegedly threw is separate from the one that killed Officer Brian Sicknick, who was also struck in the head with a fire extinguisher during the unrest and died from his wounds, officials said.