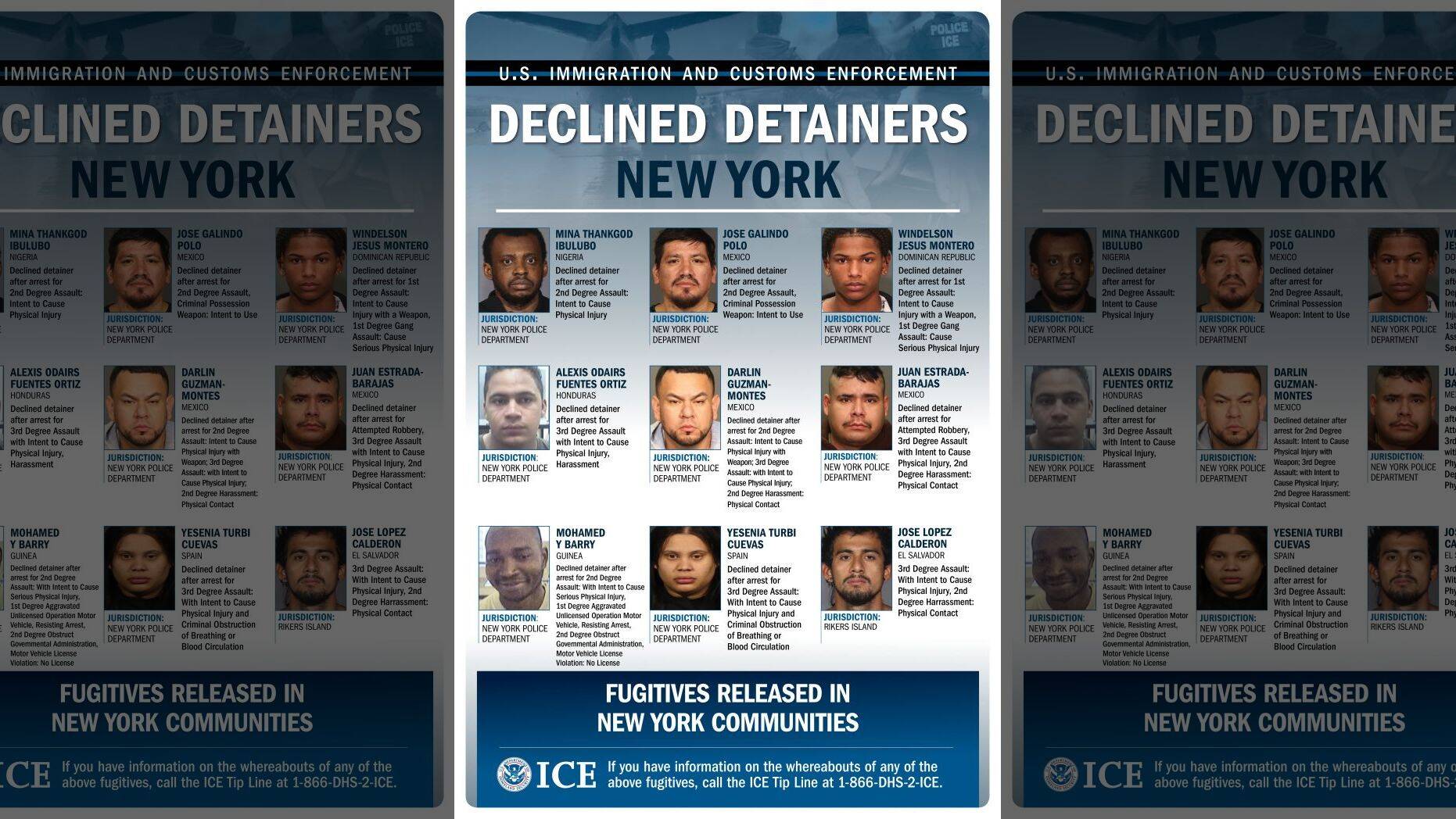 Immigration and Customs Enforcement (ICE) on Friday increased the pressure on New York City’s sanctuary policies — putting out a list of illegal immigrant fugitives who have been released into the city despite requests from ICE to hand them over for deportation.

Acting ICE Director Matthew Albence presented the list to reporters at a press conference in New York where he spoke of the dangers of sanctuary cities — in which jurisdictions ignore detainers issued by ICE for arrested illegal immigrants.