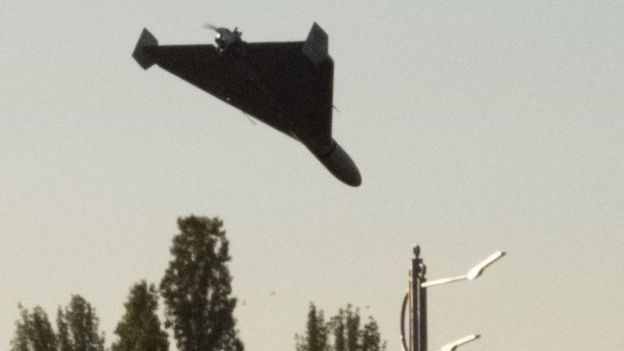 Russia has hit Ukraine with a wave of attacks, dive-bombing the capital, Kyiv, with what appear to be Iranian-made “kamikaze” drones.

Air strikes hit critical infrastructure in three regions, cutting off electricity in hundreds of villages across the country, according to Prime Minister Denys Shmygal.

At least eight people were killed, four in Sumy and four in Kyiv.

Calls have mounted for sanctions on Iran, which denies supplying drones.

A week ago, the Ukrainian capital was hit by Russian missiles at rush hour, part of nationwide attacks which left 19 dead.