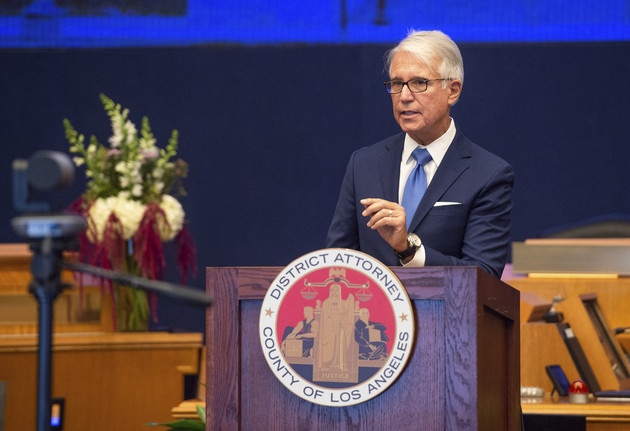 Rank-and-file prosecutors in Los Angeles have voted nearly unanimously to back the recall of District Attorney George Gascón — a rebuke of the embattled progressive that came just after Gascón reversed course on controversial sentencing policies.

The Association of Deputy District Attorneys for Los Angeles, a union representing line prosecutors, said 97.9 percent of its members had voted to back a burgeoning effort to oust Gascón a little over a year after he took office. The union has regularly clashed with Gascón in the year or so since he has been in office.

“This vote is by those who are intimately familiar with how Mr. Gascón’s policies actually play out on a day-to-day basis,” ADDA President Michele Hanisee said in a statement. “We believe the vote of our members will resonate with the voters of Los Angeles as they decide whether to recall Gascón from office and restore public safety as the priority of the District Attorney’s office.”

Impact: An earlier attempt to recall Gascón fizzled last year as organizers failed to gather enough signatures. But the ADDA’s stance could jolt a followup recall effort, particularly if the organization lends financial support to the campaign.