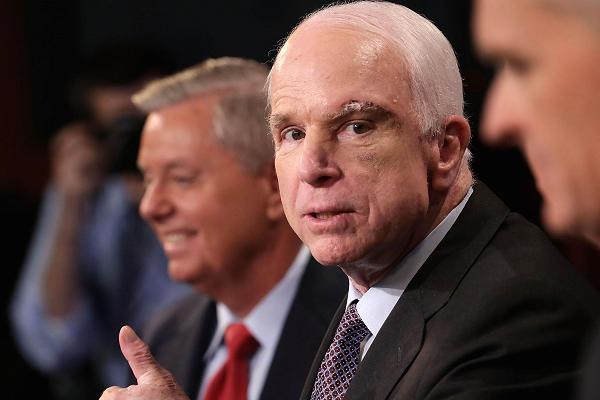 McCain is one of four Republican senators who have been undecided on the proposal, known as the Graham-Cassidy bill, and his opposition dealt the bill’s chances a significant blow.

In a statement, McCain said his opposition stemmed in large part from how rapidly the Graham-Cassidy bill was being pushed through the Senate in order to meet a September 30 procedural deadline.

McCain said he cannot vote for the bill without knowing how it will affect premiums, how much it will cost, and how many people it would help or hurt.

“Without a full CBO score, which won’t be available by the end of the month, we won’t have reliable answers to any of those questions.” he said.

McCain also noted that, in theory, the bill could be a good piece of legislation. “I would consider supporting legislation similar to that offered by my friends Senators Graham and Cassidy were it the product of extensive hearings, debate and amendment. But that has not been the case,” he said.

Also on Friday, Sen. Susan Collins, R-Maine, said she is leaning toward voting no on Graham-Cassidy. Kentucky Sen. Rand Paul has already expressed his opposition to the bill, which he said didn’t fully repeal the Affordable Care Act.

The bill would not pass if Collins, McCain and Paul voted against it. Republicans have until Sept. 30 to pass a health care bill with a simple majority. After that, they will need 60 votes, a nearly impossible threshold to meet as Democrats have been united in opposition to the Republican Obamacare repeal efforts.