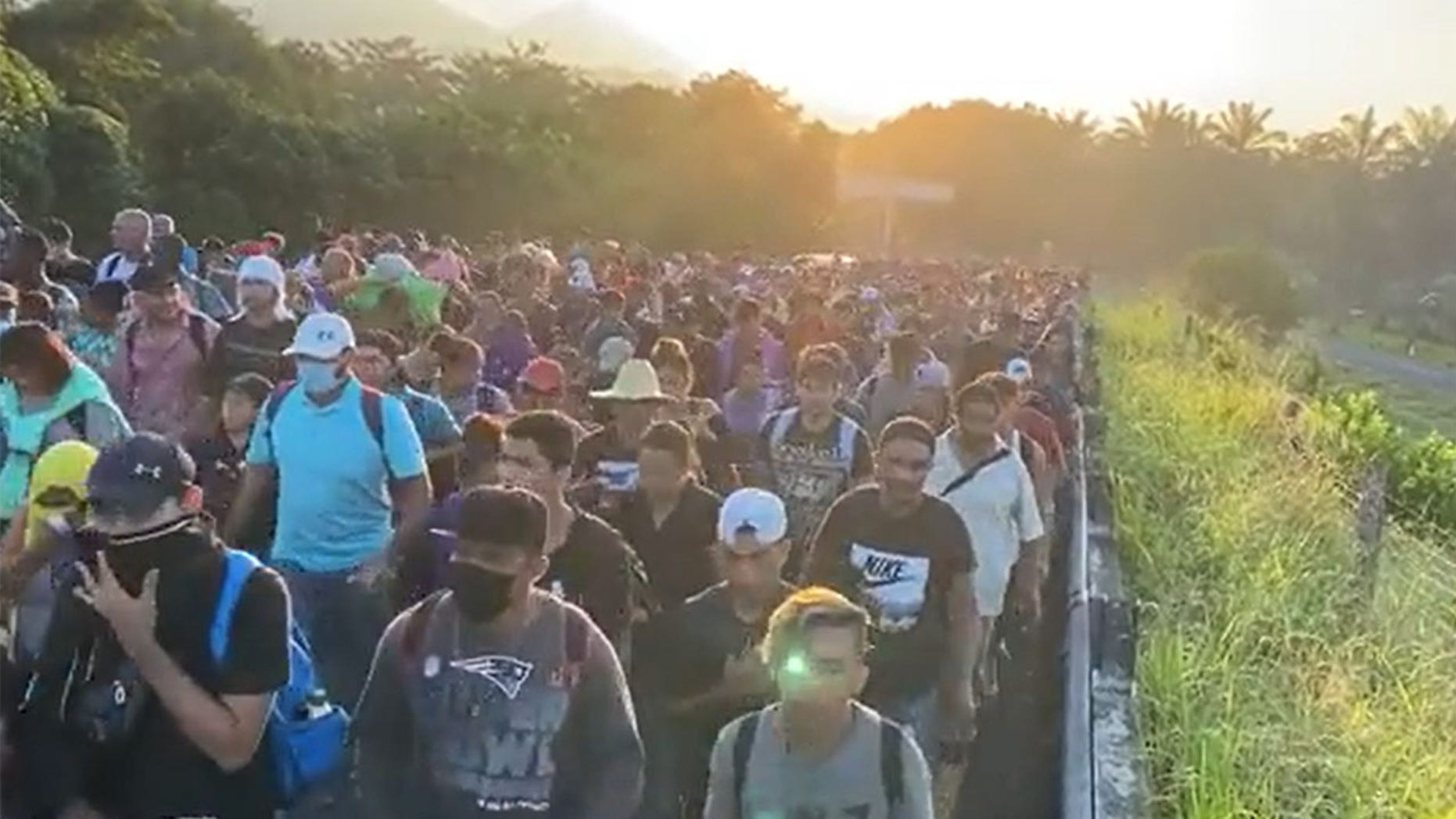 A massive caravan of thousands of migrants has rejected an offer of humanitarian visas for some of the travelers, and is continuing with its journey to the United States border.

The Mexican National Institute of Migration said in a statement that it offered humanitarian visas to women and children in the caravan, but said it was rejected by leaders of the caravan, which set off from southern Mexico last week.

One of the leaders told Reuters that they were distrustful of the authorities who they said had broken promises to them in the past — and that the deal involved them reporting to government shelters and possibly being moves across states.

The migrants, currently in Ulapa, will leave later Saturday and head to Mapastepec as they walk at night to beat the heat of the day as they take their chances to get into the United States via the southern border — where there were more than 1.7 million migrant encounters in Fiscal Year 2021.

Organizer Luis Garcia Villagran had told Fox News earlier this week that there were approximately 4,000 migrants in the caravan, with 1,256 under the age of seven, over 400 between the ages of seven and 18, more than 100 babies under one and 65 pregnant women.