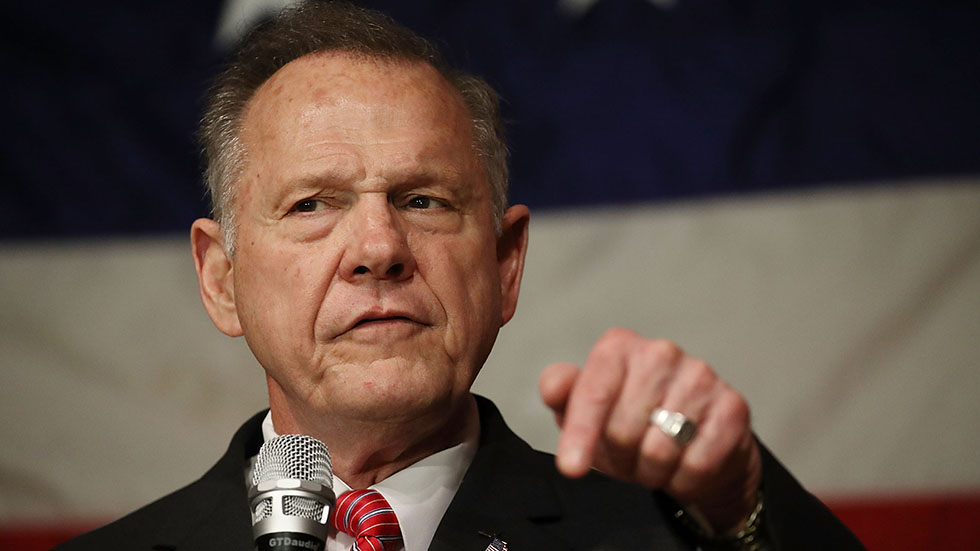 88
SHARES
Facebook
Twitter
Like
Like Love Haha Wow Sad Angry
sexual misconduct says she made her own notes below a yearbook signature she claims was made by Moore.
Beverly Young Nelson, who has accused Moore of sexually assaulting her decades ago when she was 16 years old, told ABC News in a Friday interview that she made notes underneath Moore’s alleged yearbook signature, but defended the veracity of the message itself.
“Beverly, he signed your yearbook?” ABC News reporter Tom Llamas asked.
“He did sign it,” Nelson replied.
“And you made some notes underneath?” Llamas followed up.
“Yes,” she answered.
When Nelson accused Moore of sexual assaulting her after offering her a ride home from work, she produced a high school yearbook she says was signed by Moore as proof that she knew him at the time.
“To a sweeter, more beautiful girl I could not say Merry Christmas. Christmas 1977. Love, Roy Moore, D.A,” the inscription reads. Below it reads the date and the name of the restaurant where she worked at the time.
The credibility of the signature has become a source of contention between Moore’s critics and supporters.