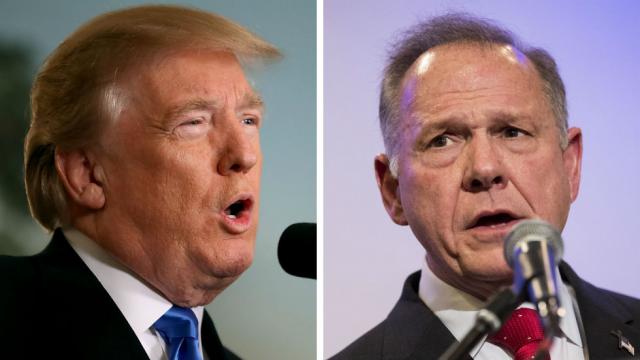 Trump is set to record a robocall for GOP Senate candidate Roy Moore ahead of Alabama’s election on Tuesday, according to a Politico report.

The call is expected to hit voters on Monday, and comes days after the president offered Moore his endorsement.

It will be Trump’s second robocall for a Republican candidate in a little more than a month. He recorded one for Republican Ed Gillespie in Virginia’s gubernatorial race last month, though Gillespie lost the race to Democrat Ralph Northam.

Multiple women came forward last month to accuse Moore of pursuing sexual and romantic relations with them when they were teenagers and he was in his 30s.

After the allegations surfaced, Moore, now 70, faced calls from numerous GOP officials and lawmakers to withdraw from the Senate race, though he declined to do so. He has denied the allegations against him.